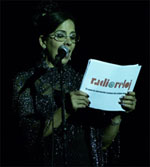 She can be seen on the dance floor where she and the tango are the same thing and people mingle with each other as they move and pirouette.

Some years ago I saw her dancing on an average stage in Old Havana, without knowing that she is a veterinarian and before becoming a radio announcer for the Cuban Radio. We could mention other jobs such as: Biology teacher at Antonio Guiteras School and professor at Carlos Hernandez Quality Control Training School.

In 2002, Ana Maria started to work as a radio announcer for the Cuban Institute of Radio and Television in the following radio stations: Radio Encyclopedia, Radio Reloj, Radio Cadena Habana, Radio Havana, Radio Metropolitana, Radio Rebelde and Radio COCO. Ana Maria has also been a presenter of cultural events in several theaters and museums of our capital city.

Attentive and cheerful by the idea of being in touch with our readers, she agrees to answer some questions of this long, but substantial interview.

A veterinarian, professor of several subjects, a tango dancer and a broadcaster. How can you manage your life involving such dissimilar experiences?

My character helps me a lot. I am an active and sanguine woman. I see life with a purpose to which I give my love.  I always try to help others by giving my best, and long to reap what I’ve sowed. That’s why I provide love and smiles, weapons to which no one can resist.

How did you start working for the Cuban Radio?

– While I was working at kilometer 3 leading to Guatao in the Research Institute for the Food Industry, as a  Quality Control technician of nine plants, I knew about this course they had announced at the Educational Center of the Cuban Radio on the 5th Avenue. I walked in, passed the tests, there were many interested people, not all were lucky. At once I adjusted my research time; in order to do both things at the same time. After being trained as a professional, I began to work as a radio announcer in Prensa Latina, and alternated that job with one in the library of the news agency. Over the years, I finally found my vocation in the Cuban Radio.

Please, talk to me about the meaning of tango in your life?

– Roberto, it was a time of changes, illusions…It was incredible but I was 40 years. This incident showed me that life doesn’t end until you don’t do everything you’ve got in your agenda. As the youngest ones I assimilated many hours of training, who would believe that? The first day, the boys looked stunned, but my effort, my dedication, my devotion, my love, put my foot down. Once, in Radio Enciclopedia, a colleague told me Ana Maria Valdivia, how can you tell the time, in Radio Reloj, enjoy Herp Alpher´s trumpet , in Radio Enciclopedia, and meanwhile go to dance to the beat of the tango. After a couple of years I shared with my students and we got a very beautiful show, telling the history of tango in three moments. Cuban vedette, Rosita Fornes, was our special guest.

What does Radio Reloj represent in your life?

Radio Reloj has everything. Here we can find from biographies narrated by Nancy Robinson Calvet, to chronicles told by Alberto Ajon. What about “Radio Reloj Reporting” that takes us back to 1957. Professional maturity comes after years of work with your achievements and failures; that is true. I love this radio station, because it gives you the chance to grow up as a professional, but you can also get stranded, if you don’t know to take advantage of it. Vanity and pride are two things you have to beware of.   For all these characteristics Radio Reloj is a school.

What do you think on radio announcing in Cuba?

I have had the chance to listen to some tango programs on Internet, and found points of comparison with our programs. I could tell you that our radio follows a basic principle, since each station has its stamp that identifies their voices. In my opinion, the radio announcer should always enjoy what he does, and if you enjoy a musical show, a newsletter, a historical program, then, it’s good. The worst part is doing this work for money and then the phrase is just an image of what would be good, not reality, sometimes the needs block us when we are not in focus.

Radio Reloj inside: What does represent a minute if we combine the person and the text? How many hours does the radio announcer work?

“I really like Radio Reloj. This is a radio station of brave people.  It is certain that in only one minute the skills as a broadcaster can be developed in a special way, because as you learn how journalist write and the situation around the world, you become more confident of yourself, but that could be dangerours.

In Radio Reloj you always have to be self-assured. Even when you don’t know what are reading, the audience can never realize it. Then, your thirst for knowledge encourages you to study.

A presenter, an entertainer, a master of ceremonies and a radio announcer: Where do you feel in your element?

– I tell you that I respect everything I do, indeed, have been a presenter of different ceremonies like the Gala marking the 62th anniversary of Radio Reloj in a theater, the Havana Club nights some years ago at the Museum of Rum, up to other kinds of events. Well, I feel better where a friendly atmosphere prevail and directors know how  to take the best from you. I always concentrate on what I do, no matter whether it is about culture, politics or sports. But if the script and direction are not good enough, everything is useless. Working together is the key of success.

How does a radio announcer take care of his voice?

For many years, I was a vicious smoker, for which I almost lost one of my most precious gifts, the voice. Indeed, whatever vice obliges you to waste lot of time and your mind ends up being a prisoner of it. Although it may seem that some of these vices have nothing to do with the voice, it is led by a healthy mind. If, on the contrary, it is tied to alcohol, pride, envy, drugs, fear, as time goes on, the tone of your voice will change. By experience I can tell you that the best for a healthy voice is to have a healthy mind.

In your opinion who are the female and male voices that have marked the history of Cuban Radio?

– Consuelito Vidal comes to my mind; I admire her brilliant work and her personality, Lilia Rosa Lopez, one of my teachers, Virgen Maria Ojeda and Elizabeth Cuba. My favorite male radio announcers are Angel Hernandez and Manolo Ortega, big two names in Cuba radio announcing; also Jorge Leonardo, Ariel Trujillo, Rafael Ibarra and Mauricio Lomonte. I learn from them, I love them very much.

How is a day in your life?

– What a question. Do I tell you the truth? Because there is … I get up very early and so everything is easier to me. Then I try to leave the house clean and tidy, because during the afternoon and evening, I usually have many guests. Before going to Radio Reloj to work, I entrust my 82 year-old mother to the care of my cousin. Two or three times during the week I go to COCO radio station to hand over the scripts for the tango program, that I write in the evenings at home. I have plenty of time to study hard, to take care of my mother, and to listen to music that teaches us to love more. There is peace at home, and I’m a good cook, so I always have friends at home, I like to serve people. I still have time to do my laundry once or twice a week, by hand, and at night I’d rather read a good book, let’s see, about tango and its celebs.

I appreciate your time, gentile lady.

The same for you Radio bring us together. 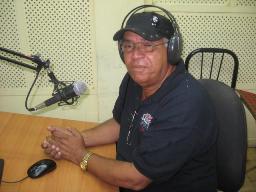 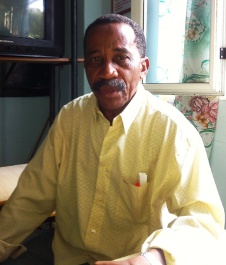 By Rene Gonzalez Dussa: Over 40 years devoted to radio