Such “higher human beings” did not hesitate to enthrone slavery even in black on account of those “savages” from Africa, or conquering his eyes nailed on the nearby lands of the South, which ripe fruit should fall sooner or later, of sickly hands of Iberian colonialism, to the ambitious new power.

Concerning to the lie on a very late “love” for the independence of the Cuban people, Washington manufactured the Spanish- American war that gave it the economic and political tutelage over our nation and the tight control over Puerto Rico.

Falsehoods such as “protect U.S. property and citizens,” or “safeguarding national security” have been raised by many decades to invade other territories, occupy countries, promoting wars of low or medium intensity, creating military enclaves around the world and foster powerful arsenals able to delete several times to wipe out humanity.

Cubans still remember the U.S. official ombudsmen at the UN, who denied the paternity of the Girón mercenary invasion, to be admitted just days later by the president John F. Kennedy, when the military adventure had ended in the first major military defeat imperialism in this hemisphere.

The world also recalls the presence in the same United Nations spokesmen accusing the Vietnamese people rule aggressor, defending a predatory Zionist regime and highly aggressive or fake graphs showing the deposits nonexistent weapons of mass destruction in Iraq to realize war and occupation of the Central Asian nation.

It’s the same cult of the lie that now proclaims Iran as a threat to global security for its peaceful development of the atom, or manipulation to attack North Korea over the incident against a South Korean warship that sailed gadgets infested waters Made in USA explosives.

It is, in short, the eternal falsehoods which are part of becoming an empire whose views are none other than the achievement of a global domain, up by brutal military deployments and dirty political maneuvering continues to face water a growing response from people who demand a just and peaceful future. 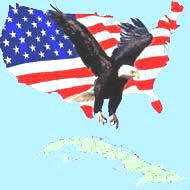 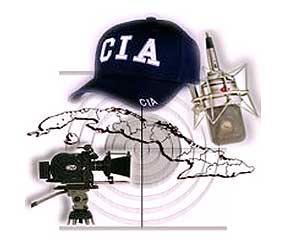 Let’s do the opposite of what our enemies want

The United States and its destabilization attempts against Cuba