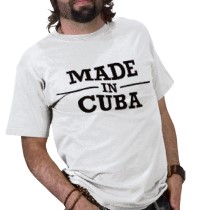 They find the bodies of 72 migrants killed. It is the latest massacre registered so far this year … but do not tell, that has not been in Cuba. It happened in the virginal Mexican democracy, that where fraud is repeated every four years and the massacres and misery know no breaks.

They are 42 prisoners on hunger strike until there is brutal police repression against the Mapuche … but do not tell, that has not been in Cuba. It happened in the pristine Chilean democracy, that is, in which the August camp after dead unpunished for their jurisdictions.

In Cuba, unfortunately, as stated in these days Silvio Rodriguez
“We live where we do not. By living where we are born, we are bad, we are complicit and, even worse, and we are fools. The stupidity of living in our own country makes it difficult to create music schools and studios. Much more for support them. What happens if a condemned even betters the picture of the professional that it deserves? What you need to do is leave. If it is illegally, better. For some, the only way to legitimize a project is discrediting whatever has happened in the last half century in Cuba.

We are punished because they love us. They suffer of seeing suffering in this damned island. So we tightened nuts. For Cubans learn to be better from the outside. And take measures to isolate those who were already islanders. Why take them? Because they are the richest, the most beautiful, the happiest. Why they are against us? Because they think we are in another way. Who applaud? Those who yearn to be like them. Luckily there are always hands escapes from the “free world”. Blessed hands. We are a country that was dedicated to literacy, to build universities, doctors and artists. And now they want to show that we like to have pianos without strings and wind without shoes. What kind of imagination. “

The communication of these times

Impact of the XVIII ALBA-TCP in the media world