But in fact, the traditional measures adopted by developed nations and international economic organizations to deal with the crisis have not shown results.

Doctor in Sciences Lydia Esther Rodriguez, National Accounting Award 2003 laureate addressed the more than 600 specialists and national and foreign businessman during the Accounting 2011 gathering: “The world’s largest economy, the U.S. has failed to stabilize and European countries have exacerbated its effects, with little room for maneuvering, all of which reaffirms the structural nature of the crisis and which demonstrate that the so-called financial rescue packages, and structural adjustment programs proposed by the International Financial Institutions are not viable solutions.”

“The poor economic growth, in some cases negative growth, high levels of unemployment, rising budget deficits, volatile behavior of exchange rates of major currencies and money markets, together with unexpected rises in food prices, fuel and other commodities, along with an environmental energy, food and financial crisis, characterizes today’s global economy that is most damaging to developing countries,” said Lydia Esther Rodriguez.

Doctor in Sciences José Luis Rodríguez, a professor and researcher at the Research Center of the World Economy, says: “This is the most serious crisis since 1929, demonstrating an organic failure of capitalism, both bailout packages have a dual effect and the role played by Keynesianism has led to the reemergence of neoliberalism.”
“This has demonstrated the great strength of the financial oligarchy, the international monetary system has been beaten, but the dollar remains, the crisis has had a huge social costs demonstrated in the increasing levels of poverty and unemployment, and in many nations there has been a rightward political reaction to it,” says José Luis Rodríguez

Another specialist, Master of Science Efraín Hernández, director of the Department of Social Sciences at the University of Pinar del Rio, the westernmost Cuban province, said during the Cooperat 2011 meeting that governments and large companies “have been merged into a highly questionable partnership based on the use of budgetary resources in rescue packages for big business that result in short-term strategies in which they socialize loss and privatize profits.”

Is there a dictatorship of financial capital?

A recent article in the online version of Rebelion, entitled Crisis of Capitalism and the “path of servitude,” warns that the current state of permanent crisis is serving well the dominant financial sector, Wall Street, London and the great German and French banks to consolidate their power over the entire system, as underlined by U.S professor Michael Hudson, former Wall Street economist specializing in balance of payments and real estate.

In Greece, the European Central Bank (ECB) and International Monetary Fund (IMF) are forcing the government to turn over public infrastructure to the foreign financial sector in order to cancel the debt of the German and French banks.

As Hudson says “the financial managers are emerging as the new central planners of Western civilization.”

“And this formula that makes governments accountable for the debts of the private sector or the public debt incurred to save the financial system of the 2008 crisis, calls into question the very sovereignty of countries.”

“Since this is the objective of the war by the ECB and the IMF against Greece it is prudent to watch this nation as a test of what will be applied to the rest of Europe, and also what financial lobbyists wanted to apply in United States,” says Alberto Rabilotta, author of the article in Rebelion.

In his opinion the development towards this “dictatorship of finance capital” and the return to a rent system operating at any cost, indicates that the most developed capitalist economies are “crammed” with serious contradictions.

As participants warned at the recent Seventh International Accounting, Auditing and Finance Meeting, the international monetary and financial picture still remains full of potential hazards and is still characterized by great instability, fragility and vulnerability.

Among the more than 600 scholars, academics and entrepreneurs from 19 countries gathered in Havana this month there was consensus that the future scenario does not appear optimistic and that the recovery will continue to be slow, uneven and polemic, in which imbalances are likely to be exacerbated as a result of the strategy pursued so far to overcome the crisis and the importance of the role of emerging economies in the current context. 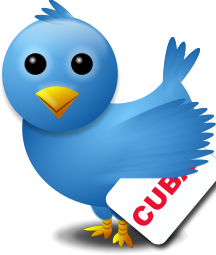 What is the United Nations Organization?