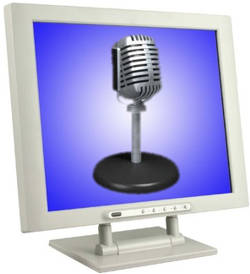 From analog to digital, and one way to own services such as images, graphics and data, has now been equipped with new instruments that make it more personal and interactive. Thus, it has become a model over any particular technical infrastructure, not restricted to a single broadcast system, but several overlaps.

Another example that illustrates this is the result of the study “Eye tracking ” Chilean web media , which reveals that 70 percent of respondents reported using radio news and the Internet, while 43 percent use social networks. Another salient trend shows radios with air transmission as the most preferred.

All these are undoubted changes that mark the era of digitization in the middle has also expanded the possibilities in listening. In fact the new digital media, especially the Internet, allow break the synchrony of hearing radio and the perishable nature of the medium. The listener can hear what you want in deferred without being subjected to the linearity. It is definitely on-demand reception granted favors more freedom and customization, one of the trends of the twenty-first century journalism.

Other changes in the behavior of public concern preferences of environmental and ecological news, followed by food and consumer, education, public resource management  as well as and science and technology.

This is a radio era of breaking paradigms. Since there are not many different radio, but many, and endless listening models. The radio passed through the unimedia to multimedia with the confluence of other audio services, text and images.

You can not overlook the fact that the times of communication have transformed some limitations usually attributed to radio classics. These initial theoretical currents borders lie in its insensibility power, reception of messages in a given psychological moment; a capacity limited coverage and distraction of the audience listen to the radio while doing other tasks. However, many of these paradigms do not exist.

For example , researchers at the ” Hopkins ” University in the United States, just to prove that man is not efficient multitasking by making minimal look , then that of diverting the radio audience , not a limitation regards exclusively the middle, but may be attributable to other media institutions and also any human activity.

While in the age of new media , reading tends to be individual and silent , computers and mobile phones have shown the occurrence of a phenomenon during the reading , which is the ” multitasking ” . The vast majority of Internet radio listeners (89.4 percent) used some other program on your computer while doing it and only 10 percent hears exclusively radio.

Since neither the physical boundaries imposed. Antennas and frequencies are not necessary now to tune.

The expansion of new technologies has made the radio re-allocated in many cases, moving from national to international.

Again I say that the emergence of Internet radio stopped transience, placing it in another order, another time, sync and other narrative sequence.

The radio is propping up as a model of multiple channels, personalized, on demand, the service user. Now the listener who can select content at the time you need and demand a specific topic in a certain way. From this option, the receiver can build a schedule based on your tastes, no space limitations or geographic barriers or time or hourly.

And not only fits in a pocket like an old slogan repeated measured, but also in a molecule. Since 2008, the U.S physicist Alex Zettl and his team of researchers at, “Lawrence Berkeley National Lab ” and the University of California, designed a radio receiver based on molecules , whose size makes it completely invisible to the eye , is fully functional and capable of operating in the transmission bands amplitude modulation ( AM) and frequency modulation ( FM). The most important part of an equipment carbon nano-tube that acts as a semiconductor. Everything is sized to allow installing inside a living animal cell. Of course, the receiver needs a set of headphones and an antenna of normal size.

If a trend has the radio on the web is the use of podcasts. The first reference was made public at the end of the February 12, 2004, journalist Ben Hamersley, in an article published in the British newspaper The Guardian” . It was still a novelty and he gave as an example the journalist and former editor of “The New York Times” and “National Public Radio” , Christopher Lydon , who had carried out the campaign coverage for the presidential elections in the United States through a podcast distributed through your logbook . The following year, the word podcasting was the most popular on Google, along with MP3 and iPod.

According to Jonathan Dube, writing for the web should be a cross between radio and television news and print. Write – repeat – actively, not passively. “Let´s strive for lively prose, lean on strong verbs and nouns well defined. Inject your writing a distinctive voice to help differentiate the multitude of content on the web. Use humor. Conversational styles work particularly well. “

Online audiences are more accepting of unconventional writing styles. It must be written to be understood, it is preferable to use fewer words and verbs that should appear directly to express the action indicated. It must be privileged the mode on the present perfect infinitive or any other compound. Avoid negative statements. It is also advisable to prefer the facts and stories, above the speeches.

In this new century, the radio commitment or redefining itself, to emerge again knowing that it is the future. 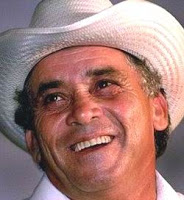 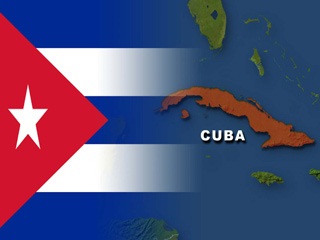