For Cuban people, February is much more, increases the motivation for optimism and joy, it is a month with celebrations belong to history and happily point out moments of victory.

In 1895, 119 years ago, in the fields, in the housing for the workers of sugar plantations and towns. Shortly after the incendiary torch was the strategic weapon of the Necessary War prepared from years ago by José Martí and other patriots, many of them veterans of the epics of 1868, and for ten years proclaimed to the world that Cuba existed since as a belligerent nation from colonial rule.

Prepare the war in 1895 had been difficult from exile where Cuba’s national hero suffered surveillance by Spanish intelligence supported U.S. Days were years of bordering on fatigue and agony by patriotism, persuading many, are filing rough and disagreements between the makers of the last war, all soldiers needed in the new contest.

Preparing the Necessary War was a time of setbacks as the miscarried Fernandina Plan in December 1894, when the Spanish intelligence detected a denunciation of Amadis, Lagonda and Baracoa, ships ready to sail to the homeland with supplies to start hostilities for emancipation.

Beyond the sacrifices, the efforts of patriots led by Marti about the Cuban Revolutionary Party were paid off. Certainly that stage though defeated and decadent Spanish empire was not consummated in our definitive independence, but did provide inspiration for no let up in the noble effort that was completed in January 1959.

February is also the month we celebrate the birth of the Yaguajay Hero, Commander Camilo Cienfuegos. Camilo was born on 6 February 1932, fellow soldier of Fidel and Raul in the Granma expedition and the Sierra Maestra. Simplicity and proven courageous man whose personality Fidel is summarized by saying that the image of the people.

Camilo is the legendary Lord of the Vanguard starring in countless feats during the invasion of East to West, the man who sledgehammer in hand knocked the doors of Columbia to become the act transcendent sign of a total and definitive change in Cuban history.

In 1958, also was born February 24 Radio Rebelde , inaugurated by Fidel orientation that glorious day in the Command of La Plata, in the Sierra Maestra, the heroic guerrilla Ernesto Che Guevara.

The unmistakable and vibrant voice of Violeta Casal identified the radio station in the mountains, also began the stage of the Cuban Radio as an instrument of struggle and proclamation of the truth; fact that the victory gave light Revolutionary Cuban Radio and do we have today where the people are its main attraction.

Since the rebellion of Fidel, Raul and the directorate of July 26 Movement met the need of the media and revolutionary journalism as essential resources for revolutionary awareness, dissemination of culture and human betterment.
For these reasons and many more we conclude the idea that February is a month of love, history and victory. The love in its widest dimension is evident in the commitment to a just and humane cause.

For all Cubans who love the land of our birth, February is spring as April 1961 that guided the course of our long history with the light of the sovereignty and freedom.
This is our February of love, history and victory. 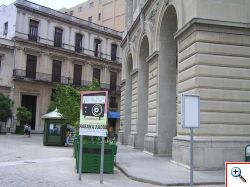 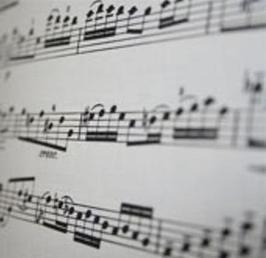 The music in American cinema and Cuban radio 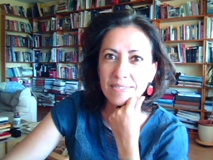