anything goes to attack the island. One of these issues, although it is not the most frequent, is racism. And it is because in the torrent of infamy, goes to ridiculous. There are several things to clarify these dark characters. Let’s see. Never in Cuba had worked so hard against racism as has been done since the triumph of the Cuban Revolution, without want to say that still persist certain symptoms that show and have even been recognized by our highest authorities. What nobody can deny is that companies are no longer black or mulatto; each other to fill any workplace; many blacks justly and rightfully earned, positions of high responsibility; you have all the possibilities of access to culture, universities; and, finally, no one is surprised to learn that an untold number are graduates, managers, architects, doctors, engineers and scientists, and are not of the white race called ¿?. And add missing the Cuban people for his own idiosyncrasies, has never been racist.

But there is something very interesting that should remind these traitors of their country who insist on lying and forget from there, the same country that has such a sad story when you talk about racism. In this regard I state them only some data: in “the nation of democracy”, for many years, blacks could not vote, nor live with white or go to the same schools; laws forbade them to perform certain jobs and enter the hotels, in bars, in some stores. But there’s more: In the United States, blacks and mulattos are called “African Americans”, of course, to remind them that their origin is different and therefore their rights limited.

And what about the so-called Black Code of Mississippi, legal body condemned to life imprisonment who marry or join with a person of another race until the third generation of interbreeding; the skin color determined the place to be occupied on a bus; blacks had the right to vote after 1965.

Numerous other examples could be mentioned, but the list of them would be too lengthy to include in this review. However, I must not fail to mention the infamous Ku Klux Klan, the same as with impunity murdered a black and burnt on a public street; the same ideological aberration born organically linked to feelings of superiority of that country, and therefore their imperial aspirations. Keep in mind that when the fighter for civil rights for blacks, Martin Luther King was assassinated, the then FBI Director J. Edgar Hoover called it “the most dangerous black in America” Just imagine for this barbaric !, a person so admired and respected around the world for their dignity and their struggle, only it was a dangerous black.

These poor human beings are hopeless; cook in their own juice selling his soul to the devil. Shout, precisely, from the cradle to harm racism blaming Cuba, without any basis, the same aberration. You do not even respect the name of their own station, forgetting that Jose Marti said, “Say man and all will say races.

¡#Cuba Wins and Will Continue to Win!

The United States and its destabilization attempts against Cuba 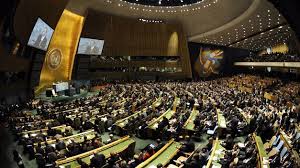 The helplessness by the defeat