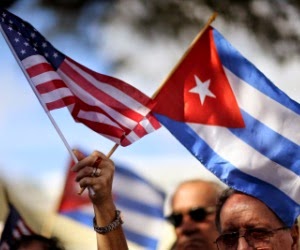 Very just demand if you consider that its transmissions are illegal and are directed, without any right to promote subversion in Cuba and finally overthrow the revolutionary government; of course, in clear violation of international standards.

I think it has been widely reported about the radio station, but not so much in relation to TV Martí, sister of that, because it seeks the same purpose. In short, with your permission, I intend to show any information.

Since the triumph of the Revolution, they organized the various US administrations and / or failed to undertake various procedures to poison or try to make their lies and slander an internal fifth column to cast doubt on the indisputable truth of the process of justice and equity to developing our country, all this by masking out the Cuban people “truthful information as befits the free press.” In this context and circumstances arises Television Marti, another offspring of means at the service of dark interests, whose programming is presented, even sinister characters such as international terrorist Posada Carriles, who still lives in Miami. Sure, both TV Marti as RM were preceded since 1960 Suams Radio broadcast from an island in the Honduran Atlantic, with the same purpose of defaming about Cuba.

Since 1980, a group of neo-conservatives of the Republican Party of President Reagan raised him to a war of liberation against Castro, if propaganda failed them would be necessary. It is essential to mention, in order to fully reveal the “race” of TV Marti ensure that she and RM have been involved in a series of scandals that have led to the dismissal of several of its directors. Lawsuits by employees, complaints of ill-treatment, nepotism, favoritism allegations and controversy for the programming, have been the causes, among many more serious scandals. I must add that immediately prior to the airing of TV Marti, was deployed by his sister, a truly sensational propaganda, often profuse, and the classic words at the beginning of Ultima hora  !, Ultima hora!

Worth mentioning, literally, a fragment of such propaganda: Attention Attention !, Cuba Cuba !, urgent news. Attention!, Cuba begins its TV Marti broadcasts to Cuba from its new transmission platform. TV Martí is broadcasting from an airplane in the United States, already in flight, sending the signal to Cuba, pursuant to an initiative of President George Bush to accelerate the democratic transition in Cuba. Now you see what kind of characters felt about this subject: Ileana Ross, Rafael Del Pino, Ninoska Perez Castellon, Feliciano Follo Feliciano, Jose Basulto, Joe Garcia, Lincoln Diaz Balart and other “oustanding patriots ” bent always on the reversal history, and return to the time of the grafters, politicking, the downtime of our farmers, alarming rates of infant mortality, unemployment, marginalization of women … well, and so many other ills swept away by the Revolution Cuban at a stroke.

In short, the RM and TV Marti are instruments of propaganda barren who have never done subdue the Cuban people. At this point, history has shown that neither Reagan nor Bush nor any of his subjects were able to prevent Cuba has cut itself off forever from the tutelage of the north.

As a Cuban citizen I am aware of the good that can make the easing of tensions. Sean welcome respectful conversations, of course the opening of embassies, interest in continuing the journey for the sake of our respective nations. All this is always applauding that we do not retreat one iota in yield principles. Also remember that we are the victims, not the perpetrator.
In short, it is time to sweep the mud of these media, because they hinder good targets for this rocky road to get to the civilized and respectful coexistence. They have the word.

The reason is our shield. José Martí 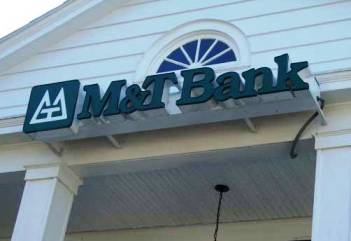 Olga Tañon at the Cuban Institute of Radio and Television (+ photos)

Radio Victoria de Giron, 38 years in the preference of the people