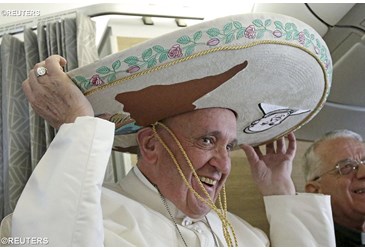 According to review the official site of Vatican Radio, with its appreciation to the representatives of the press, its presence and work, the Holy Father described his visit as “an arduous journey, with a very busy schedule, but very desirable.”

“Very desired by my brother Kiril, for me and also for Mexicans,” the Supreme Pontiff of the Catholic Church, referring to the meeting this afternoon at the José Martí announced by both venues International Airport last week.

Pope Francis said his desire to pray at the feet of Our Lady of Guadalupe: “My deepest desire is to stop before the Virgin of Guadalupe, the mystery being studied, studied and no human explanation. Also the most scientific study says: ‘But this is a God thing. ” And this is what makes them tell the Mexicans, ‘I am an atheist, but I’m Guadalupe’. Some Mexicans, not all are atheists.”

The dean of Vaticano journalists, a Mexican citizen, gave a typical Mexican hat jokes about movies of Cantinflas to what the Pope said: “I have so entered Mexico through the door of Cantinflas, making good laugh.”

The gesture of the Pope Francisco to use a Mexican hat on the papal flight to Havana is not the first time a Pope wears the garment; Pope Benedict XVI wore one place while waiting to celebrate Mass at Bicentennial Park in Silao, Mexico on March 25, 2012. 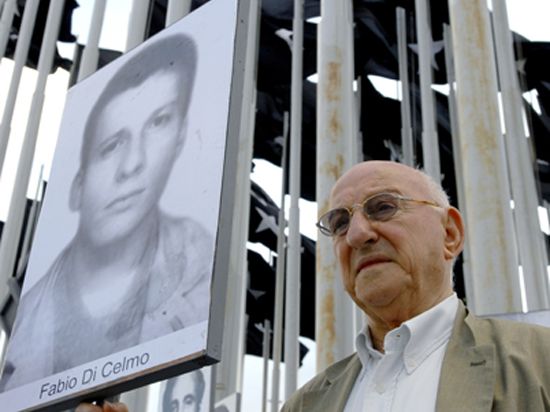 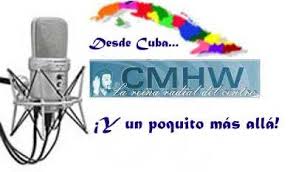 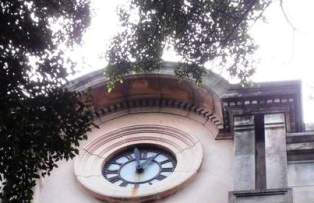 The time again at Havana´s University