You will feel very proud, when viewed in the list of the upper class, and will call Don even was young. Ultimately become a product of your system. It will become a convinced elder of the “utmost importance” that has the consumer society, no matter at what cost.

Donald Trump (June 14, 1946-New York, billionaire executive and entrepreneur, running for president of the United States) Who is this man? Let’s start by saying a few years ago it ranked 19th among the richest in the world, draws up a list Forbes. Are multiple properties and businesses of all kinds; therefore I will mention only the most striking: owner of the famous Trump Tower, emblem of his property empire, activity that went on to become one of the most amazing in the world of real estate; also owner of the Grand Hyatt and Plaza, both of New York City, as well as four famous Casinos.

It has paid impressive luxuries, including: The Princess Yacht, considered at the time the world’s largest; He obtained a 5% of American Airlines and Eastern Air Lines companies; with one of his wives lived in a three-story luxury apartment located on the top of the Trump Tower; He acquired a house valued at $ 7 million and another 47 rooms mansion in Connecticut; Boeing 727 aircraft and six helicopters. But not all businesses and properties; He has also worked “by culture”. You see the title of a book he authored “Think Big and Kick Ass in Business and Life” that is, “Think Big and Kick Butts in Business and Life,” with which gave $ 100 to the first 100 buyers of the book acquired in a bookstore 5th Avenue in Manhattan. Not comments.

If we use the most elementary logic we can ask several questions. Is it possible that this man devote part of its neurons to think of the poor and marginalized of the world? Would you use a small part of his vast fortune to alleviate the plight of beggars exist in their own country ?, what if it US president will work hard for the development of Third World peoples, significantly cutting budgets devoted to wars ?, increase taxes on the rich in his country and inversely will lower the poor? In my opinion the answer is a resounding NO, precisely because the insulting riches of the few only are obtained from the many permanent nutrient source. Otherwise there would be rich.

The truth is before our eyes, it insults and oppresses us, but also calls us to dream and fight to reverse things in this world that seems to collapse by selfishness.

Cuba participates in meeting of agriculture ministers of the Americas 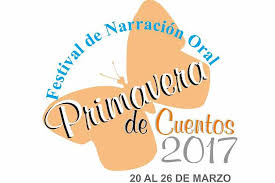