Socialist democracy is continuously being improved and adapted to the economic, political and social circumstances of our nation and a world that changes at extraordinary speed, where important issues, such as communications have experienced major breakthroughs in the last 10 to 15 years.

Pursuant to the recommendations of the IV Congress of Cuban Communist Party, Cuban people were summoned to study and debate a new Constitutional Reform in 1992.  The new fundamental law was called a Constitution for national unity.

Its content was basically the same as in the 1976 Constitution, except for some slight modifications and additions on the issue of government management in the provinces and municipalities. New ways to elect aldermen (delegates) to the Provincial Assemblies and the members of the National Assembly (MPs) were enacted, as well as other matters of interest for the institutional life of the country.

Another landmark in the survival of our people were the measures adopted in 1994 by the National Assembly to reform domestic finances, a process of comprehensive popular discussion, known as workers’ parliaments, which went into session in over 80 000 workplaces and schools throughout the country.

In 2002, Cubans adopted the new provisions of our Constitution in an unprecedented people’s plebiscite. The National Assembly of People’s Power (Parliament) adopted a reform to explicitly avow the irreversible nature of Socialism and the ruling revolutionary political and social system. It also provided that the economic, diplomatic and political relations with other states could never be negotiated under attack, threat or coercion of any alien power.

After 16 years of the last constitutional reform, the situation of the Island, the continent and the planet in general is altogether different.

We are about to begin the third decade of the XXI century, which is increasingly shaping the peculiar characteristics that identify and distinguish it.

Therefore, the different generations of Cubans who live today in this archipelago are about to update and upgrade our fundamental law; following Fidel Castro’s axiom stated in his concept of Revolution, “to change everything that needs to be changed“.

This is also a token of revolutionary continuity and confirmation of the chosen path.

Translated by Pedro A. Fanego 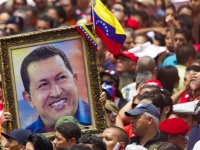 Is Chavism a Political Current? 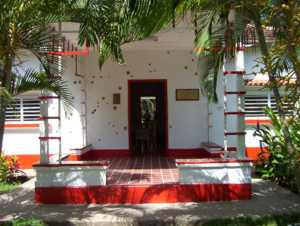