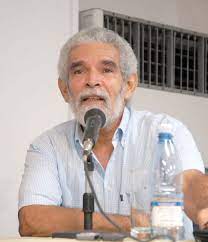 Journalist and interviewer Roberto Bastidas, along with the General of Cuban Intelligence Services Fabián Escalante, asked the poet why culture is being attacked by propaganda and subversive warfare.

Alex Pausides highlighted that culture embraces social thinking, the possible alternatives to the one-dimensional world they introduce to us and, therefore, it is reasonable to devote the greatest efforts to culture. If we see culture as the identity, history, resistance, participation of the people in the creation of a worldview, in the establishment of a position, then it’s easy to understand the value they place on the battlefield of culture.

Pausides said that it is also known that they have been appropriating the words, the systems and have even used the cultural industry to exercise this domination.

The empire has tried to reduce culture to mere entertainment; to empty culture of all the content that can be squeezed out of it, and they have portrayed culture as entertainment, frivolity and banality. In their long-standing campaign to de-ideologize culture, to submit it to a single model, their thinkers and intellectuals have been trying to impose a model, their model of democracy, fashion, music, cinema, their way of acting, celebrating, singing and even their way of reacting to death.

They have tried to impose a model in all spheres of life and, somehow, they have succeeded, because if we take into account the mistakes and the battle against communism, those have been precisely the tools, the weapons that helped them to create a nostalgia for consumption, for this way of life. And it is exactly in this appropriation, even of the word “democracy” — as if they invented it — that they took over human rights, state rights and even love.

A really huge battle is being waged in culture, since this domination has already reached global levels. We have to oppose that design of unique power, and we have to face it with alternative means, with non-conventional, non-proportional means. In any country, culture is capable enough to understand this important commitment, according to the poet and essayist Alex Pausides during his interview on Radio Havana Cuba.

This evident disadvantage also urges us to not backdown in the face of the flood of right-wing forces that control all areas of life of contemporary humanity.

While listening to Pausides, journalist Roberto Bastidas recalled the Liberator Simón Bolívar when he affirmed: “The United States seems predetermined by Providence to plague America with misery in the name of freedom.”

And the General recalled another phrase, pronounced by Commander in Chief Fidel Castro: “In order to save the Revolution, you have to save culture.” It was not a random phrase because revolution and culture are the same things, Escalante stressed.

Concerning this imperial culture that they want to impose on us, Escalante pointed to the most recent example of the CELAC Summit, held in Mexico. “There, we can see the Latin American international reaction, led or manipulated by the United States through its two spokesmen: the president of Uruguay and Paraguay, to try to break up, to boycott the conclave. Why? Well, because CELAC is a very important tool. It is not correct to say that CELAC is going to replace the OAS, because it has already replaced it; CELAC is already a Latin American instrument where neither the United States nor Canada are present. It is our representation. As Mexican Foreign Minister Marcelo Ebrard said: “CELAC is our voice before the countries of Europe and the rest of the world.” We already have a voice, which is not the OAS, but CELAC. The empire was unable to do it, and in the end, they agreed on the implementation of a program that everyone endorsed, which was approved even by reactionary sectors, because it was the program presented by ECLAC, by Alicia Bárcena, an unquestionable project. I think it was a very good idea, and even more things could have been achieved. I would like to take this opportunity to say that Díaz Canel’s response to Lacalle was very good, correct and measured. That is what we Cubans are proud of.”

Alex Pausides explained on the radio program that “this is my way of speaking to my colleagues, to intellectuals; this is my opinion of what needs to be done in terms of education, transmission, participation, weighing, and also glorification of our patriotic, libertarian and literary values.”

“I believe that a dialogue has been underway for many years in Cuba and we, as intellectuals, should take part in it. I believe that Cuba needs everyone’s participation, we as intellectuals know what to do. We must talk about our history, but not only talk, we must take sides for the sake of our history. As it has been said by brilliant minds in our country, there is not a just project in Cuba that has not counted with the support of intellectuals. Therefore, Cuban intellectuals have a lot to do these days. They have lessons to teach, because the key is in conveying of the historical-cultural heritage we have. And it seems to me that in this context, I have introduced a topic: the relationship between us and imperialism. It should be taken into account in the publishing houses, in the West, in the Hispanic-American world. They are trying to steal our literary heritage and, in a way, sometimes they succeed. It could seem as if they are giving us solutions, gifts, presents, but deep down they are not. They are part of a scheme to destroy our heritage.

“There are publishers that make promises, take a hundred authors at once and mortgage us those rights. Maybe they don’t even publish them, but they own them. Many publishing houses in Miami, in California, and in other places in Latin America don’t have great sponsors. There is no money for that. We know who has the money, but with that, they break the hierarchy of our publishing system. In a way, they induce noise and create a kind of inflation of works and authors.

“Many times we do not know who is a great artist and who is not, because of the overproduction of content that circulates on the networks. Therefore, it is also a field we have to work on. We have to provide that heritage, take care of that heritage, not let them take it away because they want to leave us without ideas, without our heritage.

“We have a great history, a great literature. I was saying at some point that we have a pending page, we as editors, and here I speak of it as a profession. We have to fill the circuits of the world market with the best works of our literature so that Cuba also has its humanist and solidarity content there, because everything on the Internet almost always has the opposite sign.

“On that pending page, we must assume with responsibility, with the conviction that there is also a battle to be fought here. Therefore, the work of intellectuals is in life, in cyberspace, with the ideas and philosophy, as well as in the political and cultural practice of our country.” 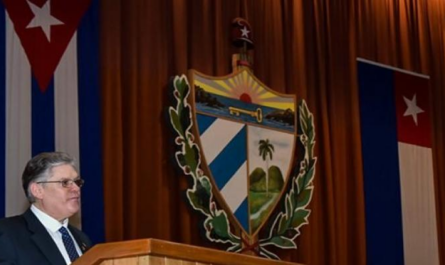 A lot of work to do in Cuba 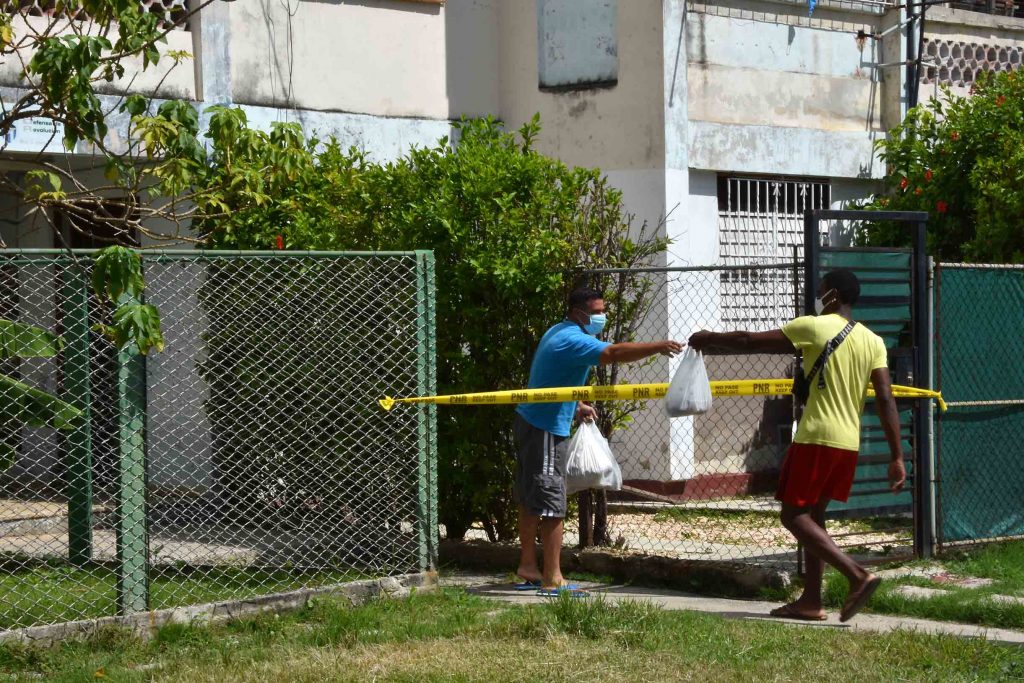 Solidarity, an Essential Value in Times of Covid-19