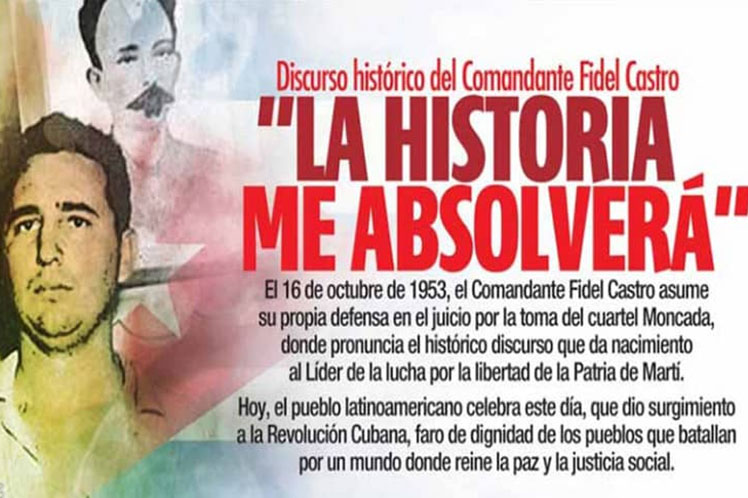 The president also pointed out that the Moncada Program, listed in the speech on that day during the trial of the revolutionary fighters involved in the attack on the Moncada and Carlos Manuel de Cespedes barracks, is ‘an inexhaustible guide of the Cuban Revolution.’

On October 16, 1953, the young graduate in Civil Law, Fidel Castro assumed his self-defense, and noted in the historic document the fundamental problems of Cuba at that time, besides denouncing Fulgencio Batista’s coup d’état in 1952.

The historic leader found in the issues of land, industrialization, housing, unemployment, education and health the fundamental challenges of his country, and he focused his future government program towards them.

On ‘History Will Absolve Me’ speech, Fidel Castro condemned the fact that 85 percent of small farmers paid rent and suffered the perennial threat of eviction, that half of the best lands was in the hands of foreign companies, and a large proportion of the Cuban population was illiterate.

In addition, he highlighted that 400,000 families in the countryside and the city lived in overcrowded conditions, and almost two and a half million of the urban population had to pay high rents for the houses they occupied.

Among the first actions of the Cuban Revolution after its triumph on January 1, 1959 was the signing of the First Agrarian Reform Law, which set the maximum amount of land a person could own at 402 hectares, and gave land titles to the people who worked it.

Another of his actions was the Literacy Campaign, which in 1961 made Cuba the first country in Latin America to free itself from the scourge of illiteracy. 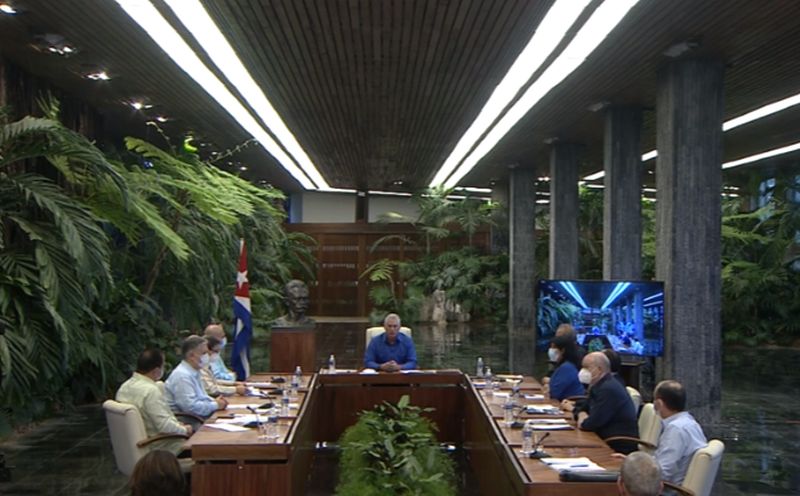