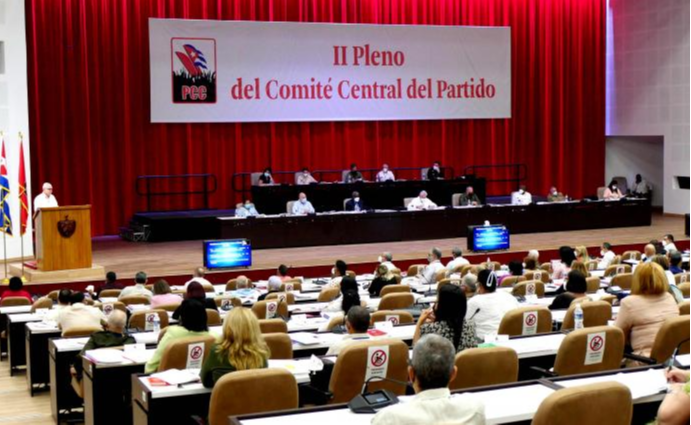 Perfecting this system which is of the people and for the people is an aspiration and an urgency in the current times, in which the Caribbean nation is going through a difficult economic situation generated by COVID-19 and the reinforcement of the U.S. blockade, in addition to a campaign with destabilizing purposes.

However, as the authorities have insisted, this cannot be a pretext for not giving due response to the concerns of the citizens, but an incentive to work better and united.

Homero Acosta, secretary of the National Assembly of People’s Power has stated that solutions must be found to social problems in the midst of the economic conditions existing in the country.

The transforming process that has been taking place for weeks in the communities has shown that when there is will and desire, it is possible, even with the existing limitations.

It has also shown the necessary popular participation in these actions aimed at improving the living conditions of the inhabitants of these territories, who ultimately know best their needs.

Hence the importance of listening, explaining and responding to the citizens, aspects that define the work of the People’s Power, an essence that cannot be lost, since the people are the center of everything for the Revolution.

During the plenary session, the role of the delegates of the communities was highlighted, who, as it was pointed out, many times in the search for alternatives not only collide with the lack of certain resources, but also with the inertia of different entities and their administrative leaders.

COVID-19 came to put a stop to a vital mechanism, contemplated in the Constitution of the Republic: the assemblies of accountability of the delegates to their electors, which according to the epidemiological situation of the country will be resumed next November and will be extended until December.

This is an ideal space not only to raise the most pressing problems of the community, but also to inform and involve everyone in the debate and seek possible alternatives, a sign of our participatory democracy.

The First Secretary of the Communist Party of Cuba and President of the Republic, Miguel Díaz-Canel (in the photo), in his closing remarks at the plenary session, called for a united fight against the problems.

And the truth is that these are not times to fold our arms, but to work differently, with unity, creativity and that spirit of solidarity and resistance that has always characterized the Cuban people, even in the most difficult moments of our history.