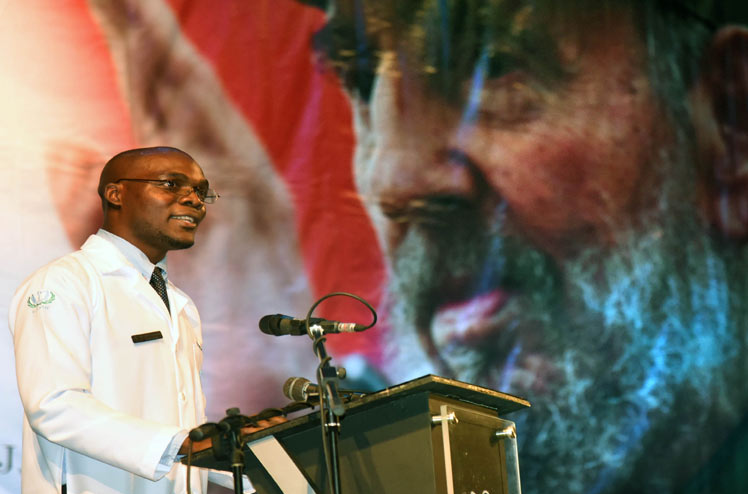 Foreign graduates in the health sector expressed their appreciation to the Cuban government and people for having given them the opportunity to train as professionals on the Caribbean island, forged with a humanist spirit and solidarity.

Our gratitude to Commander-in-Chief Fidel Castro, Army General Raúl Castro and Cuban President Miguel Díaz-Canel, but also to the hospitality of an entire nation, said Prince Jofrelle, a doctor from the Republic of Congo, on behalf of the graduates.

“This land is a paradise where the impossible is possible, where death is afraid of life,” said Jofrelle at the Avellaneda Hall of the National Theater of Cuba in Havana.

The COVID-19 pandemic worsened the world crisis and individualism was encouraged by the capitalist model, at the same time that many universities in the world stopped teaching, he said.   Likewise, the inequity gaps widened and this is reflected in the disparity in access to health care and discrimination in vaccination campaigns against COVID-19.

In Cuba, thanks to the multisectoral work led by the Government, the Ministry of Public Health and the faculties of Medical Sciences, the study plans were rearranged for us to be able to complete them.

In spite of all the difficulties experienced by the Cuban people due to the economic, commercial and financial blockade imposed by the United States, we were vaccinated, we did not lack the basics to live and this country shared what it has with us and not what it has left over, Jofrelle pointed out.

On the day, 822 graduates of 10 careers in Medical Sciences received their diplomas, only 23 Cubans and 799 foreigners from 24 countries.

The Republic of Congo was the most representative with 605, Angola 103, Namibia 51, United States 10, in addition to young people from Chad, Palestine, Italy, Brazil, Canada, Spain, among others. 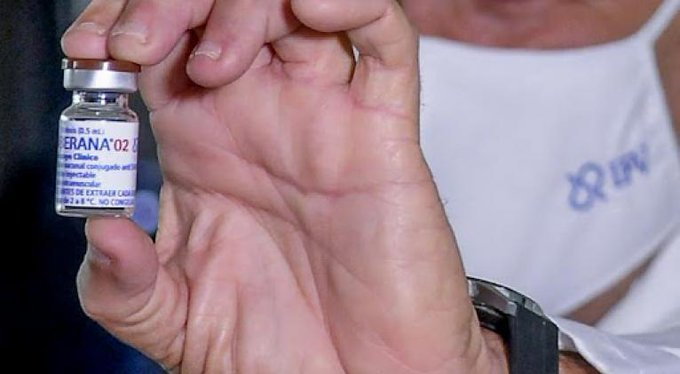