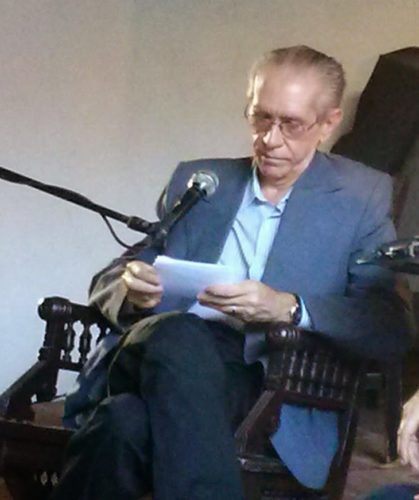 Journalist, critic and cultural animator, Fernando Rodríguez Sosa , was conferred  the 100th Anniversary Distinction  of the Cuban Radio, during the meeting El elogio opportune (A timely praise), held at Fayad Jamís Bookstore, on the occasion of his seventieth birthday.

During the homage ceremony, recognitions from the presidency of the Cuban Book Institute and the Economic Society of Friends of the Country were also conferred to him for his contribution to the cultural enrichment of the country.

Throughout his professional life of almost half a century, Fernando Rodríguez Sosa has been distinguished , among other recognitions, with the José Antonio Fernández Castro National Prize for Cultural Journalism, the Raúl Ferrer National Prize for Reading Promoters, the Distinction for National Culture and the 95th Anniversary Distinctionl of the Cuban Radio. 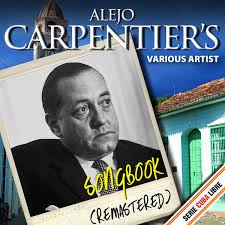 Carpentier: The creative reality of radio is also wonderful 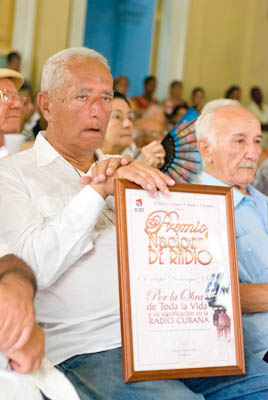 I prefer to look at the world through the radio