A delegation of the Cuba Cooperation France -CubaCoop- association arrived in Cuba during the weekend to participate in the 5th International Conference for the Balance of the World, a forum that will address the main challenges facing humanity.

Miguel Quintero, first vice-president of the organization, and Michel Le Magoarou, secretary general of its Armor Committee (Brittany region), will represent CubaCoop in the meeting to be held in Havana from the 24th to the 28th of this month, where they will share the experiences accumulated in more than a quarter of a century supporting our country.

The agenda of the delegation will also include the activities of the Conference program, and the presentation of a paper on cooperation and action in Europe against the economic, commercial, and financial blockade that the U.S. government has imposed on Cuba for more than six decades.

In this regard, Quintero will share details of a recently delivered petition to the European Parliament, which includes the demand for immediate measures at the institutional and governmental level in the old continent to combat Washington’s siege and its extraterritorial nature.

The French association created in 1995 expressed high expectations for their participation in the meeting in the Cuban capital, which offers the opportunity for interaction between organizations and people concerned about the world situation and the danger it represents for the survival of the human species.

Number of patients recovered from Covid-19 grows in Cuba 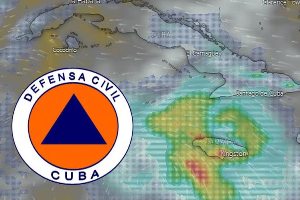