The media reaction has not been previously scripted nor they have agreed to act the same way; they share the same origins and they will fight tooth and nail to defend the system that created them. Even though, many times the system will command and they will submissively obey. In other words, there is an unspoken agreement between the master and his lackeys in which the latter know very well that obeying is a way to guarantee a nice paycheck from the former.

In other words, Obama’s answer was just as discouraging and trite as the U.S. speech on his relations with Cuba has always been. Here are some remarks:

He wants to improve relationships with Cuba, on the basis of a “two way street” policy. Cubans know very well that by “two way street” he means total submission and compliance to their hegemonic interests which, of course, undermines Cuba’s principles.

The political prisoners must be released from jail..This is another example of their unique way to interpret words; by calling them “political” they are conferring the category of “honest people” to those whose crime is having the same ideological ideas as some common counterrevolutionaries funded by the dollars of the U.S government.

If Cuba wants to improve the relationships with the United States, there is an agenda that should be met first. It is clear that this agenda will be plagued with U.S. interests, Cuba quitting the socialist system being the main item. But Cuba’s interests such as the release from jail of the five Cuban anti-terrorism fighters or the return of the territory illegally occupied by the Base in Guantanamo or lifting the commercial, financial and economic blockade, widely rejected by the international community, won’t be included.

If the normalization of the relationship between the two countries were to be done on a “two way street,” then we Cubans are in all our right to present our conditions to them. For instance, they should dismantle their political system based on exploitation; they must let their people nominate their candidates for the elections instead of the traditional parties; they should stop favoring the banks as a measure to tackle the cyclic economic crisis the system and the world go through and, instead,  support the poor classes by cutting their taxes to raise them on the rich; eliminate the military industrial complex and, as a consequence, forbid the people to own weapons; work ceaselessly to eliminate the possible causes of wars in the future, both cold and actual; to reduce the embarrassing number of people in jail, the largest worldwide, and, to sum up, work for the harmony among the people. We could add more but these are the ones which we would demand to start working towards the normalization of relationships.

It may seem a chimera, however; let’s bear in mind that fascism seemed to be invincible and it was smashed; the “democracy” imposed by Fulgencio Batista and supported and funded by the United States seemed to be there to stay and it was overthrown. So, we need to dream, to stand united and we will win.

Because, the current empire, like its predecessors, will always feel entitled to demand its will even if it goes against any sense of justice, sense or ethics.

It resembles the poor-rich relationship; in order to enjoy its wealth the rich needs to exploit the poor, and will never give up that privilege.

Imperialism will never disappear on its own; nobody should believe that, it would be like asking for the impossible. It will only happen when the people who still suffer their abuses, their smart bombs and their excessive greed come together with people like the Cubans, who broke free of its ties long time ago.

It would be wonderful if one day they understand what Don Benito Juarez meant when he said: “el respeto al derecho ajeno es la paz” (Respect for the laws of others is peace). Or what the National Hero of Cuba said once:   “así, donde la razón campea, florece la fe en la armonía del Universo”(Thus, where reason prevails, faith in the harmony of the universe flourishes). 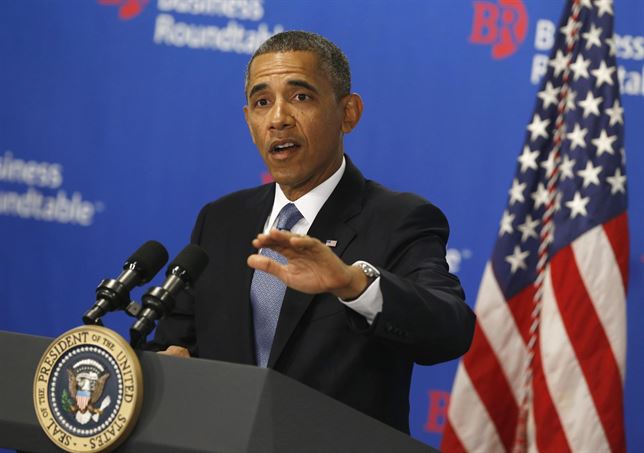 Cuban civil society that recognizes and supports the Obama administration 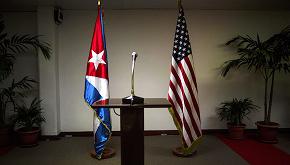 The coexistence between Cuba and the US may be possible

From” Radio Swan to “The Cuban Guaiacum”