Addressing the General Conference of the Organization for the Prohibition of Nuclear Weapons in Latin America and the Caribbean (OPANAL), underway in Buenos Aires, Argentina, Benitez said that nuclear disarmament cannot continue to be a delayed and postponed objective and he called on the regional organization to set a concrete timetable  for the complete implementation of the objective in a verifiable, irreversible and transparent manner.

Cuba will also stress at the forum the exclusive use of atomic materials and facilities with peaceful means under the jurisdiction of the parties and will call for the prohibition and prevention of tests, use, manufacture, production or acquisition of nuclear armament through any means, PL news agency reported from Buenos Aires.

The Cuban representative alerted that humanity continues to be under serious risk given the existence of over 17 thousand nuclear weapons in the world. The use of just a very small portion of such arsenal would lead to catastrophic consequences for the planet, he warned.

The huge resources currently being allocated to producing weapons, including atomic armament, could be used instead to fight extreme poverty, which is affecting 1.4 billion people in the world, he pointed out, and went on to say that those resources could also be used to feed the over 1 billion people that go hungry on the planet, avoid the death of 11 million children that die from hunger or preventable diseases every year, or to teach some 759 million illiterate adults how to read and write.

The Buenos Aires forum is being attended by delegates from 33 countries of this part of the world, along with representatives of nuclear-free zones and of civil society organizations involved in the issue of nuclear disarmament.

The radio and the public communication 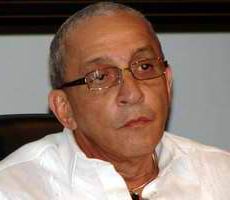