Skip to content
January 28, 2023
International News
In an interview for the show ‘Working on Errors’, on the YouTube channel Kapital, the diplomat referred to Washington’s leading role in the protests that occurred on July 11 in several Cuban cities.

She pointed out that for more than 60 years, the White House has maintained an iron policy to suffocate Cubans through the blockade, whose consequences, in addition to the health crisis caused by the Covid-19 pandemic, became a ‘breeding ground’ for discontent among various sectors of the population.

‘It is precisely of that, and nothing else, that they took advantage to trigger the July 11 riots,’ Diaz denounced.

Asked about the economic reforms being carried out in Cuba, Ambassador Diaz explained that it is a process that has been underway for several years and is based on the guidelines of the country’s economic and social policy.

She recognized that these transformations are a challenge for Cuba, taking into consideration that they take place amid the tightening of the US blockade, the health crisis caused by the pandemic and its impact on Cuba’s economy.

Regarding the epidemiological situation in the country, the ambassador pointed out that Cuba faces a pandemic peak; however, she explained, the death rate continues at 0.75 percent, one of the lowest in the world.

She explained that Cuban health authorities are embarked in the mass vaccination of the population, Cuban-made vaccines.

‘By the end of the year, 100 percent of the population is expected to be immunized,’ she said.

Referring to relations between Cuba and Ukraine, she highlighted the historic nature of bilateral ties, which were strengthened by the Chernobyl Children Care Program in Cuba, which became one of the pillars of friendship between the two peoples.

Regarding trade, the Cuban ambassador pointed out that it is low now; however, she assured that there is great potential for the development of commercial relations between Havana and Kiev.

The Internet show is hosted by Ukrainian political expert and journalist Dmitro Djanguirov. 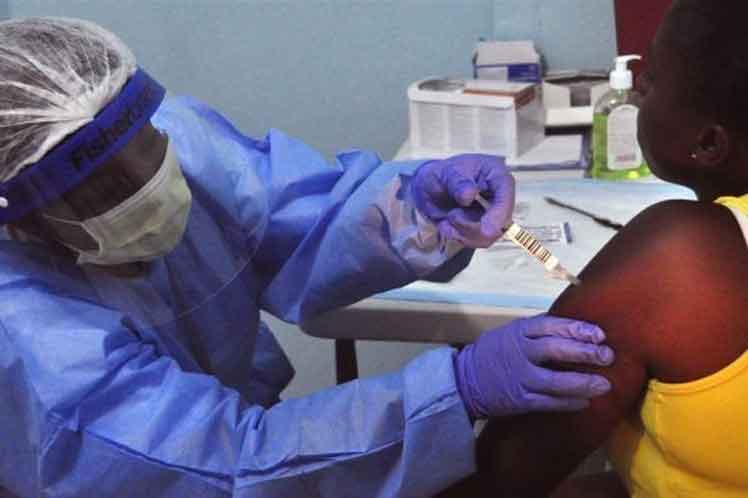 Cuba Wants to Cooperate for a Global Solution to Illegal Migration