I come from a very poor and revolutionary family, my sisters were in the fight against the bandits and sold July 26 bonds, and since my childhood I was pervaded with that revolutionary feeling and being consistent with my goals in life.

When I was 14 I wrote to Celia Sanchez, asking for a scholarship, because I wanted to be an art instructor, “I was awarded the scholarship, but my family would not let me go. My family would not let me, for culture at that time was rather looked down on. I could not fulfill my dream – to be a dancer, but I was an excellent student, I participated in the Pico Turquino climb and then the Tribune with Fidel as part of the Exemplary Caravan of Youth, and only 14 years old. I remember they made an engineer named Thais Habon responsible for me, but I was in the rostrum with Fidel.

MS: And after that experience, what happened to Doris?

DC: I always had dreams, I still have dreams, in those years, from the beginning, I wanted to be somebody, wanted to make something out of that shell of my village and build dreams. After that experience with Fidel on the Tribune, we went to the Malverde beach in Santiago de Cuba; waiting for the boat from the Isle of Youth, and I would imagine I would be there someday.

Then I went to Cienfuegos, in Los Maristas, the emerging course for primary school teachers, concluded the studies and began to teach in the village of Israel Ruiz, in the province of Matanzas. When the Literacy Campaign came, I could not participate because of my age, but later I taught lessons in my town.

During my work as a teacher, I participated in a municipal competition of reading and writing and I won, I also went to the regional competition in Sagua la Grade and was the winner. Finally when I passed the provincial competition I applied for the Cuban Institute of Radio and television school, a school created to train the technicians and professionals in coordination with the Ministry of Education.

MS: Did you graduate as a professional of the ICRT?

In that school, I studied for being a sound producer, but my classmates used to tell me: Doris, you have a good voice for announcing. But I had a stage fright that I would die. When we graduated we were sent to our provinces, but then they told us, they were sending a group to Villa Clara to work on the radio.

We were sent home to talk with our families, everybody was very nervous, but it was already a commitment, then we were 7 people from different parts of Villa Clara and Florencio, Matanzas, from Playa Giron.

On, February 6, 1971, the date of my birthday I came to the Isle of Youth. At that time we were welcomed on the ship with a bunch of flowers and the music of an accordion. It was an initive of Manuel Andres Mazorra an outstanding personality of the Cuban radio.

I have worked 40 years in the radio of the Isle of Youth, Radio Caribe. I have been for 18 years director, announcer, and director of programs.

MS: When Doris speaks, my mind rises. Suddenly I remember the text of a romance I found some years before precisely in the Isle of Youth sung by pedro Luis Ferrer. “Romanza de la Niña Mala”, whose protagonist named like her, Dorita… You like the art, the music, the announcing and the radio.

DC: Well, I wanted to be a dancer, and one of my daughters-the older one, is a dancer. My younger daughter was a military officer but at present she’s a civilian. Both are excellent girls.

I got the direction of the Radio Caribe, by chance, I knew nothing about management, I cried a lot when I was given that assignment, I like being an artist, being in chorus. It has been a long time and many experiences and events. Today I am a member of the National Evaluation Commission. I’m good, perhaps, training announcers, speaking.

MS: When did you start working as a radio announcer?

DC: One day Angela David came to the Isle of Youth. At that time Manuel Andrés Mazorra told me: Doris, you have to cover one of the points of this event. Announcers were needed for some specific points. He knew about my interest in speaking by the microphones, I was there. I was very nervous while I was waiting the Angela David’s arrival. Suddenly, she got out of the car and people started throwing flowers. The emotion and pride that I felt made me do the best narration I have done in my life. When it was over and I came to the station, everyone congratulated me on the magnificent coverage, that was tremendous.

Later, there were many visits by our Commander to the island full of students, The grapefruit Island, The Isle of Youth. I have covered for 25 years the May 1st act in the Grapefruit Island, on the Tribune.

The announcer must be informed and has to study hard, I was consolidating knowledge, systematized it in the workplace.

MS: What about the stage fright?

DC: You never lose the fear, you gain in security, but that fear that you have a great responsibility that you cannot make a fault, you must be sure, that is the feeling of an announcer who respects his profession.

I have combined the work of announcing with my other responsibilities. I have never stopped being an announcer.

MS: I know your voice is the one that identifies the radio station. But you remember when you hear say this: The black Sand, THE BLACK SANDS!!!

DC: Oh, THE BLACK SANDS!!! Do you remember? I remember many things and above all wonderful people, like Alberto Rodriguez Ramos, my great announcing worker in Radio Caribe, who has already passed away. There are so many things, many times, this was a warning, a call to mobilize. Because the radio is playing, has played and will always play an important role in mobilizing the population. I am proud of that.

Listeners recognize you, and not as the announcer announces evil, but one that catches your eye and says: Attention, the Population! Many people tell me: When they hear it, they know that it is a cyclone. Then, people identify me as part of them.

MS: What can you tell us about the direction of Radio Caribe?

Leading is a commitment. I do not seek awards, I’m Artist of Merit, Laureate of the Radio, I have the August 23 medal from the Federation of Cuban Women, the Raúl Gómez García medal, awarded by the National Union of Culture. But I confess I have not worked for that, I worked to make things right and be good with myself, being in tune with the historical moment that I live.

MS: What does the radio mean for Doris?

DC: The radio is my life, it has eased the absence of my parents, has settled a divorce, has helped me grow as a woman, because women have to show we can. Sometimes they do not believe in women, but women where we put our hand to it, impregnate tenderness and eager to succeed and to do, I’m convinced of that.
My daughters were looked after by many of my colleagues from the radio, one has two parts that are complements. Half of my heart, is the radio, the other half is the family, that from the Villa Clara and that from here.

MS: Doris Cairo is an artist of the people, a presenter on her way to water the seeds, is a beloved director of radio, who everyone remembers with a smile, is witty and Cuban. In its wake it leaves a bunch of stories, so I ask: And what is your best story?

DC: (Laughs) Now I cannot do it, but I am one of those who feels that joy always comes to good people. I consider myself a good person, I have to be happy and convey joy to people. I love to play dominoes; I like to tell humorous stories. When there is joy to be around someone I know that a wound was healed.

I feel I need to live happy, I’m not one of those sad people, happiness has helped me to grow, to transmit self-esteem, we women, how much pain we went through, how much suffering, many misunderstandings, but for me, joy is the salt of life. So always I have the teeth at the ready, I’m always wrapped in youth.
MS: And what is the dream of Cairo Doris?

DC: The dream of Doris Cairo. To be a good grandmother, and be working until the end, while I have a bit of clarity, but working, if I work I live, without it… I die. 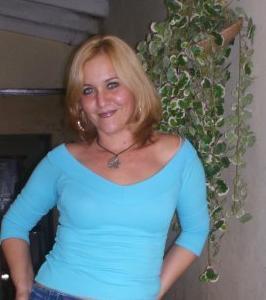 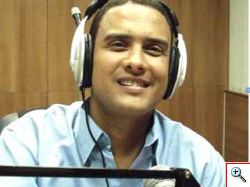 Alfredo Iturria: radio broadcasting is art of voice and talent