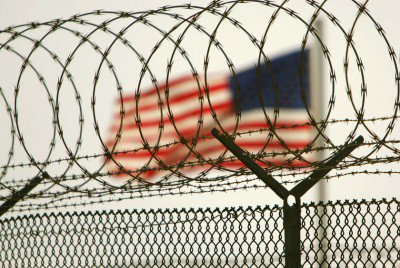 On February 23, 2016, President Barack Obama announced, in a prepared statement to the press, that he is taking measures to close the notorious Guantanamo facility through Congress. He did not evaluate the possibility of using his executive power to do so. He did not entertain questions from the journalists, who perhaps may have raised this issue.

What is this executive option to close the prison?

Thomas B. Wilner is one of the most important lawyers in the US dealing with the Guantanamo issue. A timely interview with Wilner by Cuban journalist Rosa Miriam Elizalde was published on February 23, 2016 in CubaDebate. In response to her question as to whether Obama can use executive power to finally shut down the prison even if Congress opposes the plan, Wilner said:

Gregory B. Craig is a prestigious lawyer who served as White House counsel to Obama in 2009. Cliff Sloan was the special envoy for Guantanamo closure in 2013 and 2014. In a co-authored article published on November 6, 2015 in The Washington Post they wrote:

Some maintain that the congressional ban on transfers from Guantanamo to the United States prevents closure without congressional approval. But that is wrong. Under Article II of the Constitution, the president has exclusive authority to determine the facilities in which military detainees are held. Obama has the authority to move forward. He should use it…. The question is whether Congress can tell the president where military detainees must be held. The answer is an emphatic no. One need not accept a particularly broad view of executive authority – let alone the Bush administration’s sweeping view that the president has ‘exclusive and virtually unfettered control over the disposition of enemy soldiers and agents captured in time of war’ (an extravagant assertion with which we disagree) – to see that the restrictions Congress has imposed are unconstitutional.

There are different views at this time as to why Obama does not use the power he has at his disposal to close Gitmo. This will be an ongoing debate as the situation develops in the coming months.

One possible consideration relates to domestic politics. A lot is being said about Obama’s legacy. Let us forego for the moment the notion of his legacy as seen negatively by others. Perhaps not enough emphasis is placed on the importance of a Democratic Party victory in the November 2016 presidential elections. This is an absolute condition in assuring the credibility of a positive endowment. In the case of Obama, a Republican victory would put into question his legacy. If his policies and actions could not even result in his party electing the next president, then what value would his heritage hold in the broader political spectrum of US politics?

For example, George W. Bush’s Republican Party lost the presidential elections in 2008. As a result, even though the potential of a positive legacy was far inferior to Obama’s, any chance for a positive endowment was eliminated. George W. Bush was left with his brother candidate Jeb Bush repeating in the latest phase of his campaign that “George W. Bush has ‘been a great president’ and that his father, George H. W. Bush ‘is the greatest man alive.’” Shortly after that, Jeb Bush had to abandon the campaign, as the result of a complete lack of support among the Republicans.

The Republican-controlled Congress strongly opposes the closing of the Guantanamo prison, even though some individual Republicans are in favour of shutting it down. Thus, by refusing to use his power to close Gitmo and relying instead entirely on the Republican-dominated Congress, Obama can blame the Congress for blocking it. This would, according to the logic, place the eventual Democratic presidential candidate in a positive light while reflecting poorly on the Republican candidate.

This red-herring approach (i.e. blaming the Republicans) is also used with regard to lifting the blockade against Cuba. In the January 2016 State of the Union address, Obama called on Congress to lift the blockade. He knows full well that, for the moment, Congress will not vote to do so, even though there is growing support – including among some Republicans – for eliminating this obstacle to trade, commerce and travel. However, while insisting that Congress lift the blockade, Obama has not used the enormous executive powers he has at his disposal to implement the many measures that could render much of the blockade ineffective. In fact, in 2015–2016, some companies outside of the US have been fined for violating the blockade. Will Obama change course and use his powers to mitigate the effects of the blockade on the Cuban people? Perhaps he will do so before and during his sojourn to Cuba on March 20–21, 2016.

The second possible angle to take into account regarding his refusal to use his power to close Guantanamo prison is related to the trip to Cuba, followed by his visit to Argentina. Obama has stated on many occasions, from 2014 to present, that his Cuba policy is designed to improve relations with Latin America. Immediately following the Cuba visit, the Argentine leg of his March 2016 trip to Latin America is a key element in this plan. This was confirmed by Ben Rhodes, Assistant to the President and Deputy National Security Advisor for Strategic Communications and Speechwriting.

One cannot underestimate the damage Guantanamo has done to US credibility on human rights, especially in Latin America. A very politically conscious region, many countries have suffered under US-imposed military dictators using torture and assassinations to remain in power. One of these countries is Argentina. Perhaps the White House has to consider this. Already the Plaza de Mayo grandmothers – family victims of these atrocities – are planning a demonstration against the Obama visit. The prestige of this Plaza de Mayo movement is so high that President Macri had to meet with the organizers on February 23, 2016 to deal with their complaints about his dictatorial methods.

These types of activities in Buenos Aires can have repercussions in other countries of Latin America, whose people also have a very negative perspective on US respect for human rights. Flying into Argentina with the dead weight of Guantanamo on Obama’s back will definitely not help as far as the people are concerned, even though the newly elected right-wing Argentine President Macri does not have any issues regarding Guantanamo. Perhaps Obama believes he can arrive in Argentina with his head high, carrying the February 23 statement as a badge: his attempt to close Guantanamo despite Congressional opposition.

Factors other than the two mentioned above may also be contributing to his refusal to close Guantanamo. Let us leave it up to others to weigh in on this important issue, so as to put pressure on Obama to close the prison and return Guantanamo Bay to Cuba.

Arnold August, a Canadian journalist and lecturer, is the author of Democracy in Cuba and the 1997–98 Elections and, more recently, Cuba and Its Neighbours: Democracy in Motion. Cuba’s neighbours under consideration are the US, Venezuela, Bolivia and Ecuador. Arnold can be followed on Twitter @Arnold_August. 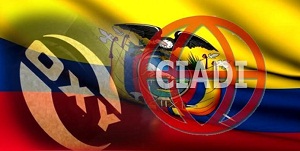 The power of transnational once more against Ecuador 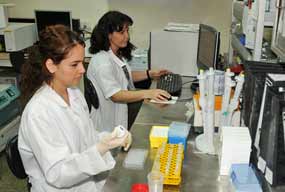