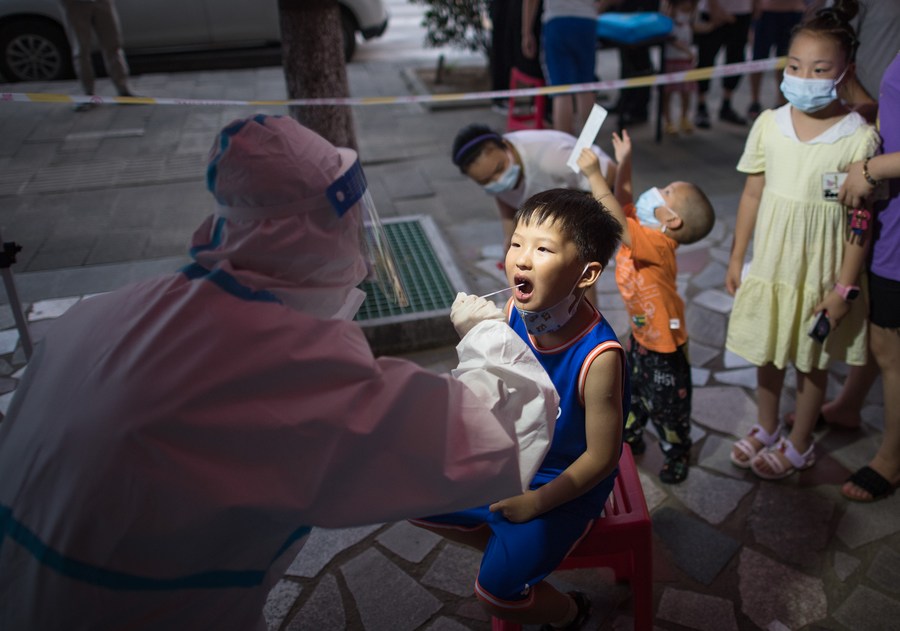 In the latest wave, 15 provincial-level regions — out of 31 — on the Chinese mainland have reported COVID-19 infections, said He Qinghua, a senior official with the National Health Commission (NHC), at a press conference organized by the State Council inter-agency task force.

“As long as local authorities strictly implement various prevention and control measures, I think the epidemic will be largely under control within two to three incubation periods,” he said.

He acknowledged that the current wave is more complicated and has put some strain on response efforts since it has multiple imported sources and has affected a wide range of people and places.

An NHC spokesperson said at the press conference that there is an increasing risk of the epidemic spreading as sporadic outbreaks took place in multiple places during the peak of summer travel. Whenever there is an outbreak, the most stringent measures must be taken to bring the epidemic under control as swiftly as possible, said Mi Feng, the spokesperson.

Of the locally-transmitted cases, 40 were reported from Jiangsu, nine from Hunan, three each from Beijing, Shandong, Henan and Yunnan, and one from Hubei, according to the commission.

The latest outbreak mainly originated from a flight that departed from Russia and landed in Nanjing, capital of east China’s Jiangsu Province. Further viral genome sequencing has found that all the strains in the recent resurgence of COVID-19 were the highly infectious Delta variant.

He Qinghua said China’s current COVID-19 containment measures are effective against the variant. Vaccines administered across the country — having surpassed 1.72 billion doses as of Wednesday — also demonstrate good preventive and protective effects against the variant, he said.

The working groups will supervise and guide the port cities in plugging loopholes in measures to prevent imported infections and respond to possible outbreaks, Mi added.

An education official told the press conference that schools in China’s areas classified as having medium or high risks of COVID-19 outbreaks may delay the start of the upcoming autumn semester.

Liu Peijun, an official with the Ministry of Education, said that should there exist medium or high-risk areas right before the start of the new semester, schools in the areas will accordingly postpone the beginning of the session.

COVID-19 prevention and control is the top priority for the new semester, Liu said.

China is also stepping up efforts to prevent the spread of COVID-19 in the tourism and culture sectors, said Yu Changguo, an official with the Ministry of Culture and Tourism.

The ministry has urged all travel agencies and online platforms to avoid high and medium-risk areas in their offers, pay close attention to the COVID-19 situation in tourist destinations, and adjust or cancel ongoing tours accordingly, Yu added.

As of Wednesday, 1,152 tourist attractions with A ratings, the country’s highest rating for scenic spots, had been temporarily closed to visitors as requested, according to Yu.

China’s film watchdog on Thursday asked cinemas across the country to guard against COVID-19 resurgence based on local conditions.

Movie theaters in medium and high-risk areas should be closed, said the China Film Administration in the circular, adding that the attendance rate for those in low-risk areas should remain under 75 percent. Enditem. 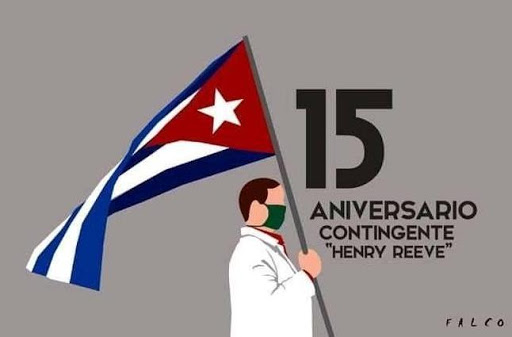 US is against peace in Latin America, Cuban FM denounces