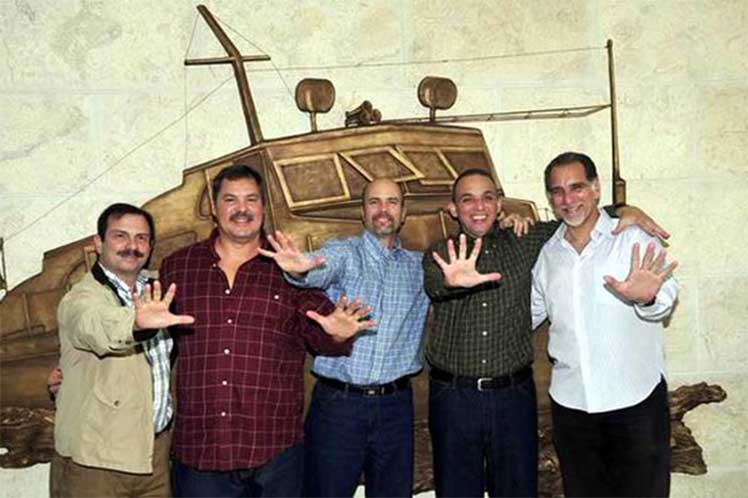 Since the triumph of the Revolution in 1959, the US has become a territory where several organizations have found shelter to plan pirate attacks, sabotages and actions against Cuba, as its authorities have denounced.

Washington not only diverted its attention from those activities, but it encouraged them, and even agencies such as the Central Intelligence Agency (CIA) were a key element in many projects. As a result of those actions, 3,478 Cubans have been killed and 2,099 people have been maimed for life.

Monitoring the movements of those groups was the main objective of the Cuban Five, as these antiterrorist fighters were known worldwide, who, on that day, 23 years ago, were arrested and subjected to a rigged trial full of irregularities.

The trial, held on June 8, 2001, in Miami, a city historically hostile to Cuba and where a fair and impartial trial was impossible, was accompanied by an intense media campaign to influence public opinion and the jury against the five Cubans.

As a result, they were all found guilty, although the only crime truly proven was that three of them used false identities.

For more than 16 years, they were held in US prisons and suffered humiliations such as isolation in punishment cells for no reason and deprivation of family connections.

Their resistance and bravery sparked a solidarity movement, initiated in Cuba and beyond borders, which even went to Congress in Washington to demand their release.

On December 17, 2014, and as a result of negotiations between the two countries, Gerardo Hernandez, Antonio Guerrero and Ramon Labañino, who had been held in US territory, returned to Cuba; Fernando Gonzalez and Rene Gonzalez had returned home earlier, after serving their sentences.

In Cuba, they were decorated as Heroes of the Republic and the Playa Giron Order, in addition to the recognition of the people; and they could reintegrate themselves into the life of the society they helped to protect.

Cuban president remembers Fidel Castro and his defense of education