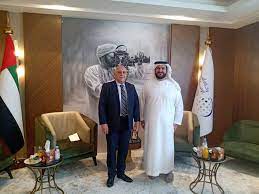 The Cuban ambassador to the United Arab Emirates, Roberto Blanco, and the director general of the UAE News Agency (WAM), Mohammed Jalal Alrayssi, proposed strengthening cooperation between that medium and their Cuban counterparts.Diplomatic sources from the Caribbean island reported that during the meeting the day before in Abu Dhabi, the parties referred to the relevance of these ties and the need for a greater exchange of information for a better understanding of both countries.

The Emirati side reiterated the invitation to the media of the Antillean nation to participate in the World Media Congress, from November 15 to 17 in Abu Dhabi.

The representative of the Ministry of Foreign Affairs of Cuba thanked the invitation and highlighted the importance given by the island’s authorities to this event.