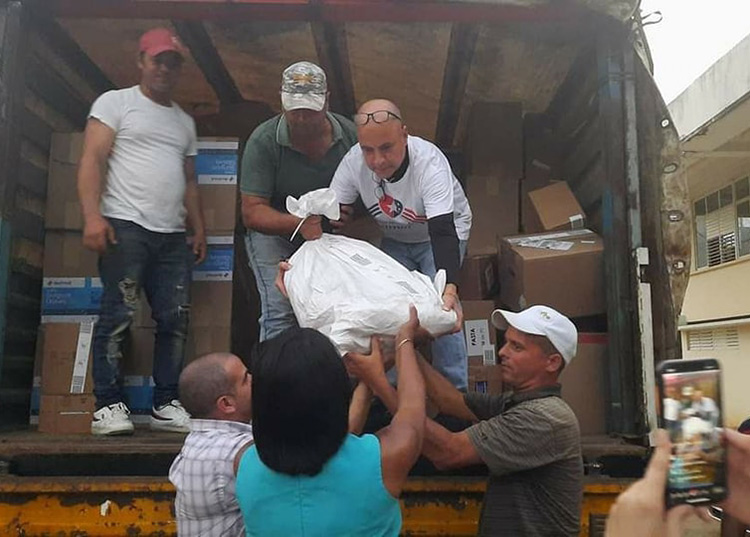 Solidarity organizations based in the United States have sent to Cuba a donation worth over 70 ,000 dollars to support the recovery of the western province of Pinar del Río hit by Hurricane Ian.The batch, which includes medicines, 200 sacks of milk, 90 boxes of surgical gloves and 77 boxes of pasta, arrived in Havana from representatives of the Bridges of Love project, headed by Cuban-American Carlos Lazo and U.S. citizen Medea Benjamin, leader of the Code Pink organization, accompanied by other solidarity groups.

Upon his arrival at the José Martí International Airport, Lazo said that people of good will collaborated and pooled funds to aid in the recovery of Pinar del Río province and thus prove the willingness of the whole world to lift the blockade imposed by the United States on Cuba.

“Perhaps it is not so much in terms of material aid, but in terms of love and solidarity towards Cuba”, Lazo added.