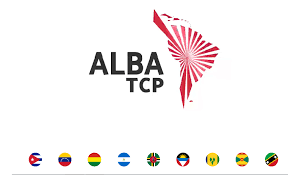 The sessions of the National Assembly of People’s Power and the XXII Summit of the Bolivarian Alliance for the Peoples of Our America-Peoples’ Trade Treaty focused on Cuba  ended on Sunday.

The final session of the parliament of the year was also the closing of its 9th legislature, with a busy agenda with the approval of four important laws in tune with the legislative reform that the country is undergoing.

It also included the approval of the Economy Plan for 2023, aimed at achieving greater effectiveness and speed in the development objectives; accountability of organizations and analysis of the most pressing problems of the nation, among other issues addressed by legislators.

Reporting to the plenary on his management in the stage, President Miguel Díaz-Canel self-critically expressed his dissatisfaction for not having achieved all the objectives proposed by the Government, which was influenced both by the complex international situation and the blockade of United States, and internal deficiencies that he called to overcome.

As a culmination of the three days of work in the plenary session of parliament, an extraordinary session was held to celebrate the 18th anniversary of the creation of the Bolivarian Alliance for the Peoples of Our America-Peoples’ Trade Treaty (ALBA-TCP).