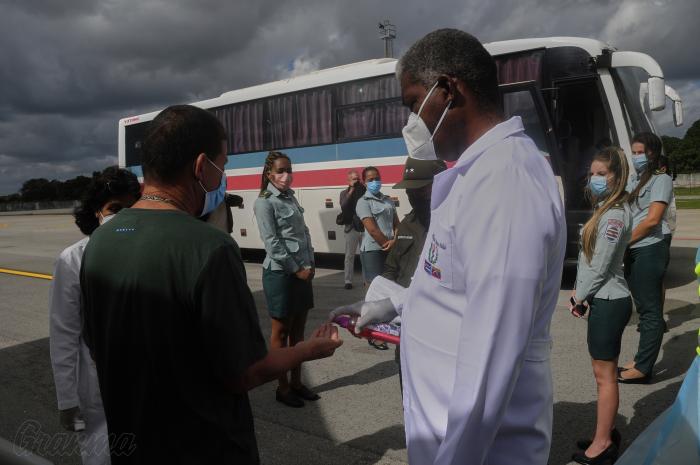 As part of bilateral migration agreements established by Cuba, on Friday, January 13, 38 irregular migrants were returned by air coming from the Bahamas, reported the Ministry of Interior through its Twitter account.

With this flight, in the first 13 days of the year, there were a total of 9 operations with 1,115 returnees.

The Cuban Government reiterated its commitment to regular, safe, and orderly migration, and insisted on the danger and life-threatening conditions posed by such movements by illegal means, mainly by sea.

As a result of the new migratory measures of Joseph Biden’s administration, Cuban authorities support a more normal migratory relationship, including temporary visits between the two countries, which would contribute to reducing the migratory potential and the attempts to enter the U.S. through irregular routes and practices; at the same time, it would favor communication between Cuban families.

Ernesto Soberón, director of Consular Affairs and Cubans Living Abroad, of the Ministry of Foreign Affairs, recently stated that Cuban authorities have warned the U.S. government for years “about the risks of the stimulus of the Cuban Adjustment Act and the privileged and politically motivated treatment received by Cubans arriving to U.S. territory, or its border.

Remarks by President of #Cuba, Raul Castro, at the closing session of the 7th #ACS Summit