The Round Table TV space also devoted its broadcast on Thursday on the unique personality and the creator, musicologists and members of his “Banda Gigante” recalls anecdotes from his life and emphasized on the legacy of his work. The Web Site of the Cuban Radio joins tributes and offers an article on Benny, written by the Director of Music Department of the Cuban Radio, Rolando Alvarez Estevez.

Maximiliano Moré, Benny, loved and remembered by Cubans with great admiration and respect, meets Aug. 24 to 90 years having been born in his beloved Santa Isabel de las Lajas, which he loved so much.

It was impressive was his musical path, having acquired considerable experience in the group of Miguel Matamoros, and with orchestras and Mercerón Mariano Perez Prado, to form his own orchestra.

El Benny is one of those paradigms of Cuban culture that are always with us through his many recordings, his performances on Radio, Television, and Movies.

There is no doubt, when considering the broad spectrum that shows Cuba as a mosaic of music, always surprised to learn that the empirical was a musician Benny, who came to lead an orchestra of great musicians without formal training. That was the gift of reading not scores any, with an excellent ear for music, and being unique and original his gestures in the scenarios which presented both in Cuba and other countries.

As a performer, he made incursions into all genres of Cuban music, both in the rumba, bolero, mambo, cha cha, guaracha and son. Many dancers enjoyed and enjoy their performances.

Benny was a performer, composer and director, came to collating the arrangers of the greatest height to make arrangements that had never crossed the mind of these. It was a great musical innovator in sound and style.

El Benny is one of those exceptional cases that occur in the course of a century. It is for the Cuban musician who transcends to live forever in the memory of his people. He never forgot his humble origin, characterized by its personal detachment.

In his 43 short lives, Benny made a monumental work not only extolled Cuban music, but the Cuban identity as a whole. To him it was a priority select themes inspired by Cuban cities like Santiago de Cuba, Palma Soriano, Cienfuegos and of course its Lajas, his beloved corner. He sang the Cuban countryside, to Cuba.

According to Dr. Jose Loyola, Benny had an influence, moreover, country music, mainly from the tenth. This is reflected in the texts of his plays Santa Isabel de las Lajas and Cienfuegos.

He was so prolific singer that sometimes many have wondered, what would have happened if Benny could study music. His greatness as a musician is found, also, that as time passes new edges are discovered his musical greatness and creativity.

Benny’s contributions to Cuban culture can be synthesized in such key areas as having put to Cuban music at its highest stage with national and international importance which adds to its innovative example of musical styles and interpretation. It is a great privilege to be at Benny Cuban culture among its highest values.

Her death on 19 February 1963 caused a noticeable void in Cuban music. Undoubtedly, the musical force as sonero Benny higher will remain in the present and future generations. 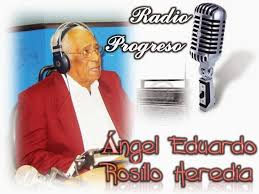 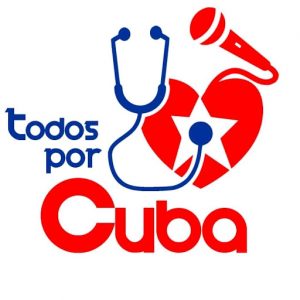 All for Cuba from all over Cuba: Radio Rebelde vs Covid-19