Technical -Scientific House Publishing from Cuban Book Institute published in 2009 the book “Science history discovered by workers”  the US historian and professor Clifford D. Conner, who was born in Nashville, Teneessee, and is living in New York City. When I read the title of the book I first thought it was about the chronological history of scientific discoveries, written, in an accessible way, for all kind of readers. It was a mistake. As soon as I began to read the prologue written by the author I realized that the content of the book had nothing to do with my opinion, written so that everybody can easily understand it though.

In the prologue, the author has written the following Fidel’s words:  “… there are thousands of scientists. Even the worker who makes little pieces and finds solutions can be considered as a scientist and a sort of a researcher. “(1) It seems that Fidel anticipated of Dr. Clifford’s time, 13 years ago because the author of the book denies the rigid criteria elitist of scientific development acquired over many centuries.

Clifford D. Conner gives some examples of how the labor of human beings living their everyday lives have marked many discoveries and innovations, which have only been attributed to people currently considered icons of science. The author highly praised the simple productive labor, which has been the fundamental of phenomenon being later studied and argued from the theoretical point of view. I think that is an important thing. In the case of the radio professionals, journalists and communicators, who work with real information, must use solid premises in order to be more precise and practical.

The book “Science history discovered by workers” solves the old dilemma which placed science above technology, as if the first one was superior regarding to the second one; actually both of them complement each other. According to the everyday reality, creation of work comes first, and explanations later. “Manual labor first discovered aspects of nature on which philosophic elements were based later, being the work as such the primary source of knowledge on nature.” (2)

The book has an undeniable revolutionary dimension, since it raises a new perspective of knowledge, far from usual; while it is a nice reading that catches the reader. “Another ideological opinion of intellectuals about manual labor is that science replaces technology according to its historical importance.” (3)

The radio workers who have the daily task of explaining the audience what is happening around the world can find many answers in this book. In “Science history discovered by workers” new concepts of interpretation and valid methods are read, that encourage the practice of thought. The book is a proposal on which people might disagree, but not to quick. The radio professionals, passionate and responsible for knowledge, should also learn the book. 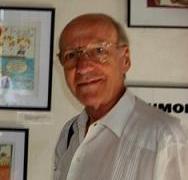 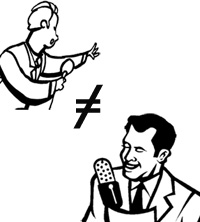 Journalists and communicators: their differences