It was Pedro Rojas, an underground combatant against Batista tyranny and who has lived in my house for some time, who in 1959 took me to work in the CMZ station of the Ministry of Education.

Immediately it gave me the desire to learn how to make radio and that is what I have come to do from then on, it is practically the only thing that I know to do, and I try to do it the best possible way, states Canel, who as well as being a founder of Radio Havana Cuba, was also granted the Microphone of the Radio as well as the seal for the 80th anniversary of the Cuban Radio.

I used to work in the musical program of CMZ when, at the end of 1960, Pedro Costa, at that time one of the organizers of Radio Havana Cuba talked with the directors and I was assigned to record the music for the new radio station. In 1961 I officially started working as a disc player in Radio Havana Cuba, Canel also graduated in Journalism in 1979 and this radio station has a great significance not only for Cuba but also other Latin American nations.

In 1959 the incessant campaigns against Cuba by the U.S government and its mercenaries started. I remember that the first ones were linked with the trials that were carried out against the murderers of Batista, or the Guardianship campaign, they said that we would send Cuban children to the Soviet Union and then would use them to prepare canned food and an entire series of nonsense that many dreamers believed. Our radio station was, an important part of the Cuban Revolution’s response to those aggressions” he recalled.

When the triumph of the Revolution came, the then Cuban Ministry of the Telecommunications was exclusively concerned in the mail and telegraph system, quite old, that had nothing to do with the radio, and of course it didn’t have any engineer. It was Enrique Oltuski, the then minister of that area who outlined in the meetings of the Council of Ministers the creating of a budget that finally was approved” explained Canel.

“In general Oltuski- he stressed- was one of the great precursors of creating this Cuban defense against the aggressions, supported by Che who had the experience of Radio Rebelde, and Jose Alshulter, the first engineer that worked in the Ministry of Communication with another group of workers. Carlos Estrada was also an active participant in this project.

“That technical communications advisory council installed the first transmission center in Bauta. The chosen place for was practically a lake. So the first towers were installed inside the water. Two small 10 kilowatt transmitters were used for the first transmission tests of the Cuban Experimental Radio Wave that began to transmit in a periodic way in February 1961. At the end of March and the beginning of April, a few days before the invasion to Playa Giron, a 100 kilowatt- powerful transmitter of great power was installed at that time” states the founder of RHC, who had the honor of working directly with Marcos Behemaras, the first director of Radio Havana Cuba.

Among the people that, also, he considered had an important role in the foundation of the radio station are Pedro Costa who prepared the indispensable administrative conditions for working and created the Radio Havana Cuba staff. He also recognizes the decisive work in the transmitter centers of its founders Distinio Díaz and Edelio Navarro.

“The first work that I did in the Cuban radio was to organize the music library or files of voices that I consider is one of the big treasures that RHC has accumulated during these 50 years, and it was I who was designated that work by Marcos Behmaras, a very jovial, affable person, but very professional and demanding. Marcos and Cesar Escalante, in charge of the ideological part, held a meeting and they gave me the task of looking for the music that had been brought from CMZ and luckily we rescued in the CMQ circuit, where all that was broadcast on the air was recorded, included Fidel Castro’s speeches from before 1959 and of other leaders like Ernesto Che Guevara, Raúl, Almeida”

“Starting from there we were creating that archive, and if you asked me what it was that impacted me most of my work in RHC, I would answer that the opportunity to create that file of voices that is today being digitalized to be able to maintain it for many years more. There are many interviews with intellectuals, sports figures and scientists. It is of a great historical wealth. There are more than 10,000 recording hours. I would like to have enough life to see that work culminated “.

In Radio Havana Cuba, he was not only a disc player but also worked in the programming department. He had the great opportunity to work with Joaquin Calzada and participated in one of the first programs of RHC Voces de la Revolucion (Voices of the Revolution) with Cuba Campesina.

“Later, he participated in other programs such as El Mundo de la Filatelia ( The World of Philately), Formalmente Informal ( Formally Informal) started by Orlando Castellanos, there was another program called Faced with aggression Cuba Responds. They are among those that I remember with most affection” he recalls.

When Angel Hernandez retired I was in charge of the programming department where I worked until 2004, which for health reasons, I was forced to request retirement, but I didn’t retire” states this man that at present continues working on programs, he is the director of a news program and continues working on the tape digitalization of the archive of voices, his masterpiece.

“I began to work in Radio Havana Cuba when I was 19 years. It has been my only workplace. Can you imagine I’m 70 year old and I have spent 50 years of my life working here. The radio station has represented everything for me. From here I saw my children and my grandchildren grow up. RHC has been and will be part of my life…until my death, swore Canel, with a pride of the sense that has been his life since the day the radio captivated him in a grocery store. 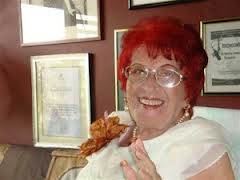 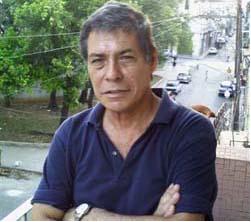 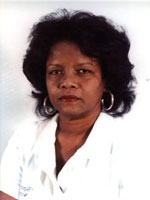 Forever in the memory Aida Isalbe