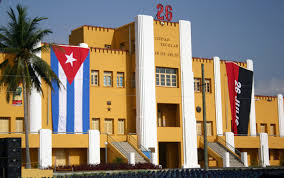 Not to be cheerful youth must be deeper in their actions as are constant, subtle and invisible ways, with its macabre projects, our opponents want to penetrate, eliminate ideologies and to lose faith and trust in Fidel, to Raúl in Socialism, sowing pessimism, apathy, indifference, apathy …

In the implementation and development of the guidelines of the Economic and Social Policy of the Party and the Revolution have young Cubans their main Moncada, as protagonists of measures and changes aimed at updating the economic model to which they can impregnate creativity, freshness and dynamism, always ensuring compliance with regulations.

The country needs the socialist state enterprise is efficient as well as new forms of management, especially cooperatives and state work not own, daily sector they thicken a greater number of boys and girls.

If today’s food production is paramount, then their contribution must feel from the groove, and by the farmer or cooperative experience put into operation in usufruct land and increase yields, in addition to add to the momentum of the remaining programs agriculture.

When Cuba faced the worrying phenomenon of the aging population, and therefore soon have to ensure the professional workforce that will continue to provide goods and services for their development, and in pursuit of quality of life for Cubans on new generations as ever this lies another challenge, which happens to stimulate the birth rate and the increase in the number of inhabitants.

In the development of industry, science, technology and other sectors economic partner has the country encrypted hope and confidence in young people, who today, with children and adolescents, also make the study another strategic battle.

Do what they gotta do with efficiency, quality and high sense of responsibility is the best tribute of new generations to the heroes and martyrs of the deed of July 26, from culture, sports, in defense tasks in scientific research centers in the many investments that run, as the Special Area Development Mariel, in pushing the sugar harvest and branches as strategic nickel production.

The Revolution does the impossible in order to train their children in the best possible, we even reach deal to worry about the fate of other fraternal peoples, and prevail in them love of country, humanity, respect for the rights of others, interest in learning from the history of Cuba to ancient Greece, to stay abreast of the latest developments and discoveries in the world of science and art, for the care and protection of the environment, that always be supportive, human, altruistic, disciplined ….

And when the study remains the main task for children, teenagers and university students, the battle against academic fraud becomes a major battle in the education sector, so that it is harmful from the point of view of ethics and morality, and the acquisition of real life skills and as professionals, technicians or skilled workers.

Amid great economic and financial constraints, most of them imposed by the criminal U.S. blockade against Cuba, needs and shortcomings of all types of indiscipline and lawlessness against which combat, and constant media and ideological war imperialism to subvert the order in Cuba and that young people are the spearhead, is very difficult and complex to achieve the objectives and tasks assigned to the new generations, but as mentioned by President Raul Castro, however great are the problems and difficulties, we cannot let it overwhelm us, we must be optimistic.

Fortunately, even in the most critical moments of the Revolution lost their way the José Martí Pioneers Organization, the Student Federation of High School, the University Student Federation, the Association nor the Suarez Brothers UJC, to which belong either children, adolescents and young Cubans, according to the stage of life they have achieved and their level of development.

All have had – and will continue its Moncada-as long as there is imperialism, as is claimed Fidel in his masterful concept of Revolution, will have to “challenging powerful dominant forces within and outside the social and national level” and “defending the values in that believes the cost of any sacrifice. “

In Ecuador, the second Summit for Responsible Journalism 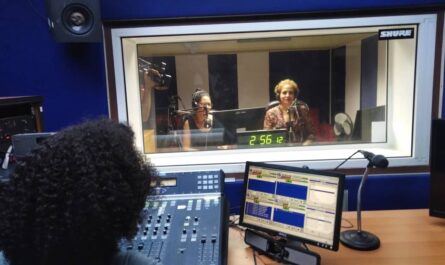 Radio Encyclopedia, the sound that makes one fall in love