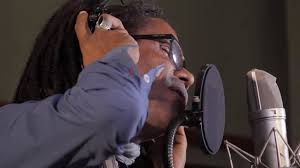 Cuban singer/songwriter Eduardo Sosa said on Thursday in the eastern city of Santiago de Cuba that they will interrupt their current performance in the municipalities of Santiago de Cuba province to participate in a homage to Fidel Castro in the Dominican Republic.

The singers moved the residents of Santiago de Cuba while performing in the popular Enramadas Street where many of its installations have been refurbished and inaugurated after a huge fire that destroyed some important buildings last November.

Sosa said: “I am certain that it will be much more difficult than any other of our previous presentations in Santiago de Cuba due to the energy in the region.”

The number of people that jammed the street not only applauded the songs that were performed individually but they also sang along with us.

But the song dedicated to our Commander in Chief called “Cabalgando con Fidel” reached climax in the event: people would insist for us to sing it and when the first musical note rang: Sosa’s guitar, one single voice was heard by the dozens of people that sang along with the artists.

Regarding the tour through Santiago de Cuba, Sosa added that it is going wonderfully, they were welcomed in the municipalities of Guama, Tercer Frente and Contramaesre on Thursday and Segundo Frente on Friday.

The artists held a special performance last January 17th on occasion of the 60 anniversary of the battle of La Plata, same site where Fidel led the first victorious combat of the Rebel Army against the Batista dictatorship.

The artists will return from the Dominican Republic on January 26 th and will continue their tour on the 27th at the former Moncada Military Garrison with the rally of the Torches for the 164 th anniversary of the birth of Cuba’s National Hero Jose Marti and later will perform in the municipalities of San Luis, Mella, Songo La Maya and Palma Soriano.

Ninety children in Cuba were discharged after recovering from COVID-19

Rene Gonzalez: We have to keep Jose Marti´s legacy alive