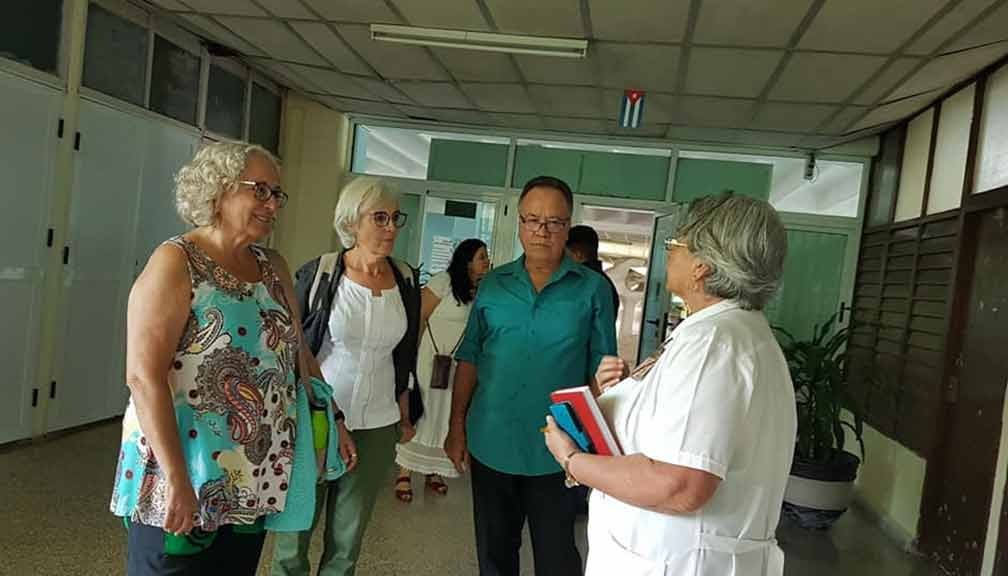 Cuban education is currently among the sectors most affected by the blockade imposed by the United States for more than six decades. The impossibility of accessing the market of that power and other Latin American and Caribbean countries, dominated by U.S. companies and firms, makes it difficult to obtain the basic study materials, furniture, and equipment essential to carry out the educational teaching process with higher quality.

These provisions limit academic exchange and make it impossible for Cuban professors and specialists to participate in numerous virtual events.

Likewise, it is impossible to purchase accessories such as electric wheelchairs for children with physical and motor disabilities who, due to their underlying pathologies, cannot use conventional ones, according to the report recently presented by Cuba to the United Nations General Assembly (UNGA), on the need to put an end to Washington’s hostile policy.

Due to the extraterritoriality of this siege, for example, in July 2021, the British company Gecko Arts and Media, a regular supplier of school material for Cuban entities linked to special education, decided to withdraw the guarantees for trade with Cuba.

Last November 3 and for the thirtieth time, the world almost unanimously advocated the lifting of the blockade, with 184 countries voting in favor and only two against (the United States and Israel).

Congratulatory Messages Continue to Arrive for Anniversary of Moncada Attack