Cuban President Miguel Díaz-Canel acknowledged the country’s multiple challenges amid an acute economic crisis and an adverse international context, which have repercussions in the national economic and social sphere.

The president said we are living in times of multidimensional crisis at a global level, which is much more accentuated in Cuba’s case due to the tightening of the U.S. blockade . He added that in this scenario the accumulated domestic problems are more accentuated.

In a dialogue with the deputies of the Economic Affairs Committee of the National Assembly of People’s Power, the head of state detailed the contradictions faced by the Caribbean nation in its efforts to sustain its social model, without resorting to neoliberal measures.

The Head of State of Cuba stressed that our challenge is to guarantee the basic food basket and the resources for education and health…, and the simplest thing would be to resort to price increases as most countries do, however, our system of social justice requires us to look for other alternatives.

He added that we have to resort to creative resistance, strengthen local development and local productive systems, fundamentally those that do not depend on foreign currency, as well as develop the circular economy and stimulate innovation,.

“With creative resistance, we will win, it is a path that takes effort, sacrifice, and will, but it is a path, and we have to overcome the blockade,” he concluded. 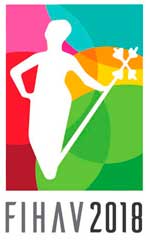