It is naturally so; but what is truly insulting is that the subject is used to denigrate anyone who is endeavoring to contribute to a more just world, who have decided to divest, once and for all, the black cloak of brutal capitalism and blind ; those who do not want, knowing imperial favors later or earlier, you will spend a big unaffordable check.

But most cynical-not possibly find another adjective is the double standard that uses media empire and his minions, as if the recipients of the message that issue was addressed to abnormal beings incapable of thinking: the perpetrator full of virtues that highlight the human rights; while the victims are, in all cases, violators of human rights.

I understand that it can seem unreal, especially for those who are not properly informed about the disruptive elements of the empire to manipulate public opinion and other subliminal techniques which progressively are shaping a degraded and degrading the target image.

It’s a simple equation: the ground is prepared to jump on the victim, so that the public understands the need for such action; we intervene by destabilizing or weapons, as appropriate; and finally becomes clear that the crime was “to safeguard human rights.” So simple, like a slap to the face of the people.

But this issue has other unpleasant edges, is that international institutions called “serious” or “honorable” are able to give awards to organizations and individuals who are precisely the most flagrant denial of human rights. See, as examples, the Damas de Blanco calls counterrevolutionary organization that no longer fools and fools, determined to subvert order in Cuba; also a very dark character who insists again and again to double his spine for a few dollars to the imperial master, named Guillermo Fariñas, “Coco” or “Fakir”. Both the Ladies like this personajillo have received the Sakharov Prize for human rights. And of course, I must not overlook the case of President of wars, Barack Obama, with his splendid Nobel Peace Prize. Just imagine with such thunder!

Did you want something more contradictory, illegal, and immoral damage for more than half a century an entire people by the criminal blockade of Cuba? How can you justify even when the whole world cries out for immediate removal? Are human rights and defend? Anyone wishing to how well you can reach in villainy, suffice it to play a few words he wrote in 1960 the then Deputy Assistant Secretary of State for Inter-American Affairs from the north country, “the only effective way to make him lose the support of the Cuban government is cause disappointment and discouragement through economic dissatisfaction and hardship, denying Cuba money and supplies to reduce nominal and real wages, with the aim of causing hunger, desperation and overthrow of government.

And while hypocrisy and wickedness permanent struggle for hegemony over a billion human beings suffer hunger because of voracious capitalism; and 20% of the world population concentrated in their hands 82% of global wealth, while one billion people survive on only 1.4% of that wealth. How right of Martí when he said “Selfishness is evil in the world”. But then again, the masses, and honest government, struggling to bring down such affront, making the Universal Declaration of Human Rights is more than a dead letter, and become at last a real flag of dignity and decorum.

An Oscar for posttraumatic stress 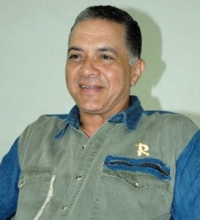