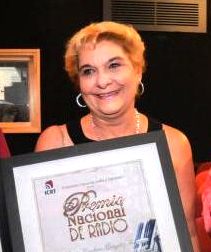 A Havana-born of pure strain, today resides in La Vibora, Diez de Octubre municipality. Once completed her primary studies (1959), she went on to study as an accounting technician (1964), and began as a substitute teacher in primary schools and schools for Peasant -Workers of the Lawton Education Section.

In 1970, she began at the Cuban Institute of Radio and Television (hereinafter, Icrt) writing radio soap operas (one of the most listened to in Cuba) and historical programs, and as consultant for complex radio programs; occasionally she acts as director on Radio Progreso and stands in for the Head of Programming.

Since 1982 she has been advisor to the prime time La Novela de las dos; also categorized as director, she still directs stories, theaters, special programs, serials, and others; and always a professor of humanities and related subjects, dramaturgy applied to the media, radio and script techniques, consultancy, direction and History of Radio, History, and Realization of historical programs, which she teaches at the Icrt Study Center (hereinafter, Certv) of the ICRT Training Department and the Jose Marti Institute of Journalism. In 1985, she created, wrote, and aired the program Nosotras, dedicated to women and the family (which won the Medal 23 de Agosto granted by the Cuban Women’s Federation), with a high audience.

From 1968 to 1998 she did a post-graduate degree in Radio and TV Direction, which included Aesthetics, Dramaturgy, Stage Direction, Musical Appreciation, Acting, Communication Theory, Radio Direction, and Television Direction.

Postgraduate courses, dramaturgy, communication theory, radio workshops, in cooperation with Amar, Unicef, and Uneac, have marked the imprint print of this lady from Radio Cubana. Retired in 2010, she still writes historical and dramatized programs for our Cuban Radio.

Orienta Cordeiro wrote the preface to a Social Communication book on dramatized programs. As of 1993, every year she has been at the FAMCA member of jury, tutor or opponent to one or more thesis; also has acted as jury member for admissions to Certv and for almost all its graduates in consultancy.

Many of the works written by her or under her consultancy, have received awards, great prizes or mentions like the Caracoles Uneac and in the National Radio Festivals (in both she has served as jury member for almost 30 years, while as an organizer, moderator and panelist since 2012.

She is the writer of originals and versions for various radio stations, comprising police series, the program Huellas (historical), comedies, radio cinema, and the TV program Cuando una mujer. All the theater plays and stories that she has advised for Radio Güines win prizes at the provincial radio festival. She is tutor to the special program for the centenary of Enrique Arredondo, winner of the Caracol Award in direction category (2006).

This woman of Radio Cubana, with her perceptible path, accumulates many awards, constitutes a milestone for the media, fact corroborated since her presentation with the National Culture Distiction in 2002, her recognition as an Artist of Merit granted by the Icrt in 2007, and her National Radio Award in 2019. 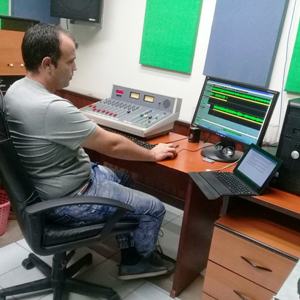 Jailer Cañizares:  In radio sound is something mystical 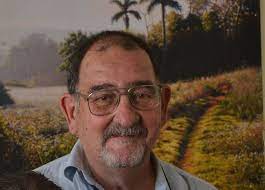 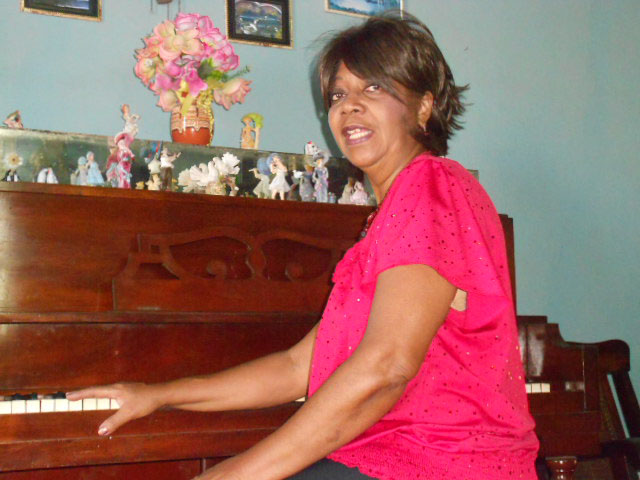 The Cuban Radio in Zenaida Beltran