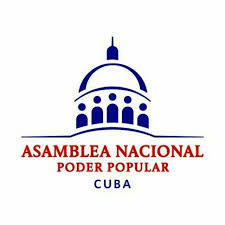 The president of the Cuban National Assembly (ANPP, parliament), Esteban Lazo hERNÁNDEZ, urged the delegates of that body to prepare themselves in the exercise of functions to perfect their work from the municipalities.

Through messages on the Legislative’s Twitter profile, the also head of the Council of State affirmed that this is an essential task for the representatives of the people.

According to Prensa Latina, Cuba holds preparation and exchange meetings with the leadership of the Municipal Assemblies of People’s Power and their delegates, mayors, presidents of people’s councils, and other authorities, headed by the Directorate of the Commission of Local Bodies of the Cuban National Assembly.

These training meetings contribute to the strengthening of the work of the municipal organs of people’s power, which were constituted in 2022 for a new term of office, Lazo recalled in his message.

As the highest organ of State power in their demarcation, the municipal assemblies analyze and decide on the fundamental processes of the economic and social life of the territory, with popular participation.

Among its functions is to approve and control the budget and the plans for the economy and the integral development of the municipality.