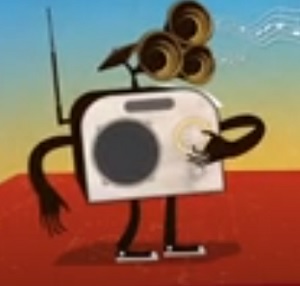 Likewise, there is eternal gratitude to those who have been devoted to research and promote in different ways, these and other cultural milestones.

This is the case of Josefa Bracero Torres with her anthological book Otros rostros que se escuchan (in particular, between pages 27 and 29, under the title, Estreché sus manos muchas veces,  of  the Letras Cubanas Publishing House, 2007 Voces collection; and of  journalist Reinaldo Cedeño Pineda, holder of the José Antonio Fernández de Castro National Prize for Cultural Journalism, whose article published in the newspaper Juventud Rebelde inspired Bracero Torres in writing the quoted text.

Antonio Lloga Simón was born simultaneously with Cuban radio (in 1922), almost brothers from the same birth, and this September 5 marked the 24th death anniversary of he, who in 1937,  formed a declamation group with his students in the little school in western San Antonio de Río Blanco.

At his young 16 years in 1938, he began as an announcer and actor on the CMCH station, and as such, he continued later on other radio stations in several parts of the country, like the RHC Cadena Azul, Radio Progreso, Cadena Oriental de Radio, CMKH and CMKS in Guantánamo, and CMKG in Las Tunas.

The contributions he made from the CMKC of Santiago de Cuba, are highly valued, for his vast dramatic work, in addition to having created in 1968 the first children’s newscast, once with the voices of his sons Carlos, Gustavo, and Scherezade. In February 1999, another immense figure of Cuban radio, Carmen Solar, acknowledged in an interview with Josefa Bracero that this was the program that served as the basis in the creation of The  Correspondent Rapilisto on Radio Progreso.

Derived from the prolific work of Antonio Lloga, the space El festival del saber (The Festival of Knowledge) became the highest aspiration for the boys who attended his acting school-workshop at CMKC; and the style of La Familia del lío, was one that humor productions in other stations in the country tried to copy in vain.

In Santiago de Cuba itself, the awarded writer José Soler Puig (author of Bertillón 166) recognized among the most brilliant performances to his radio work, the Galician characterized by Lloga in El macho y el guanajo, and  Bracero herself attested to Lloga’s modesty and simplicity.

In his article, Cedeño noted that Lloga, “in his desire for truthfulness and inspiration”, used to go to the sites where the plots had taken place thus, for Cuando el monte ruge, addressing the issue of French emigration to the Sierra Maestra, Lloga established his camp at La Gran Piedra. This piece was performed by the Dramatic Group of Radio Cadena Agramonte, in the early ’70s. Lloga was their personal adviser and for this purpose, he settled down in the city of Camagüey, for which he later expressed great satisfaction and for which all those involved with his work welcomed the idea.

At ten years of his passing away, with all reason and doing him great justice and to perpetuate his legacy, the Antonio Lloga in Memoriam National Youth Radio Festival was conceived; an event that is both workshop and contest, and that, with as much ethics as intelligence, has seen itself multiplied in many other actions and fostered other events;  it has been able to honor itself by honoring those who deserve it for the work unfolded on the Cuban radio wherever it may be across the national territory.

And there are many significant figures of Cuban radio culture that by being recognized in such events, and by sharing their work and featuring in them in the most dissimilar ways and in the most diverse degrees, they have been promoted and expanded far beyond time and space, including the legacy of Antonio Lloga Simón.

Thus, for example, Iván Pérez Ramírez, long before being recognized as the National Radio Award in 2011 recalls when the IX National Youth Radio Workshop and Contest Antonio Lloga In Memoriam took place from September 13 to 15, 1996, in Santiago de Cuba, and on which occasion, on Saturday 14,  he acted as moderator to the workshop Radio Musicalization, an inspiring event for all those Cuban radio and sound experts attending the sessions.

Iván Pérez confessed to me that years later he continued linked to the event (always in September) as a jury member and in other activities, and still becomes excited going back to that September 24, 2011, and recalling when the Masters of the Radio Distinction was established and was presented to him, in an ideal context for a tribute of the kind.

He continued participating assiduously and especially remembers the year 2016, and then the Lloga event from September 20 to 23, 2018, when he received the 30th Anniversary Distinction in the same workshop and contest, assumed as appropriate as it was Radio Joven (Youth Radio), conferred by the Association of Young Artists of Cuba Hermanos Saíz (AHS).

In this way, the AHS strengthened ties with those who, in one way or another, had learned to grow, and with whom, wisely, they continued to provide feedback.

Another of the 2002 National Radio Awards: The insurmountable Alberto Luberta Noy, in September 2015, attended his invitation with his wife Caridad Martínez González (also National Radio Award, 2008) to be recognized in that context, as Radio Master. And they are not the only ones.

The “Antonio Lloga In Memoriam” has grown with his name, it has been one of the ways to preserve the legacy with which it still nurtures and strengthens us (and will continue to nurture and strengthen future generations of creators who love and live for Radio.

Obviously, our Radio has conducted other prestigious events in its almost centennial existence. But, the Lloga in Santiago, named for the beautiful sound trajectory of Antonio Lloga Simón, is a jewel, a milestone of Cuban radio broadcasting.

We revere those who have taken pains to make it a fair object of study to publish it, to promote it, in order to boost an in-depth- acquaintance with the life and work of those, who due to their own values, have left their mark on the Radio and on all Cuban culture. 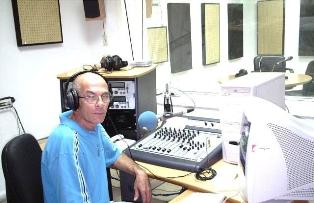 Corina Mestre: I’ve always Known that I Would Be a Theatre Actress